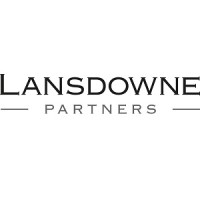 There's 73% chance that Edward Woodford is seeking for new opportunities

Not the Edward Woodford you were
looking for?

Based on our findings, Edward Woodford is ...

Based on our findings, Edward Woodford is ...

What company does Edward Woodford work for?

What is Edward Woodford's role at Zero Hash?

What is Edward Woodford's Phone Number?

What industry does Edward Woodford work in?

Edward Woodford has a background in finance and has studied at various universities in the UK and America. After completing his undergraduate studies at the University of Warwick, he moved on to receive his Master's degree in finance from the Massachusetts Institute of Technology. There, he studied topics in economic, regulatory, and legal policy, which gave him the knowledge and experience to start working in government. He then moved to Harvard University, where he was a fellow of the Harvard Economic Research Club and a member of the Visiting Economics Group.Since leaving government, Edward Woodford has also worked as a corporate analyst and consultant. He has a deep knowledge of financial markets and has been able to use this in his current role as a business executive. Additionally, he is also very comfortable with using technology and has a strong understanding of Internet and digital media.

Edward Woodford has a wealth of technical, interpersonal, and managerial skills. He is a former Finance Major at the University of Warwick, where he completed a doctoral research project supervised by Dr. Peter Rauscher. In his free time, he also enjoys spending time with his wife and two young children.Based on his work experiences, it can be said that Edward Woodford has an ability to quickly connect with people and develop a strong working relationship. He is also an experienced engineer, having co-founded and executive-led a financial trading platform in the United States. Furthermore, Woodford has a strong aversion to risk, which is evident in his work on designing and running www.mymoneyguru.co.uk.Overall, Edward Woodford's skills and experience in the field of finance give him a great understanding and understanding of the professional and technical aspects of the financial industry. His ability to quickly connect with people and develop a strong working relationship make him an excellent choice for a technical specialist or someone who wants to build a great working relationship within their workplace.

Innovator💡. Visionary. Podcaster🎙. Entrepreneur. Improving the lives of those aging by Challenging the Way We Age! at Assured Assisted Living

Recruiter at Aquent at Aquent

President at Rock Health at Leidos

Founder at ØPUS United at Apple

House.com wants to be a big platform to connect global investors with quality real estate resources around the world

Talent Acquisition at Leidos at Leidos

Expanding for financial inclusions at KASIKORNBANK