Co-Founder and CEO at The Fascination 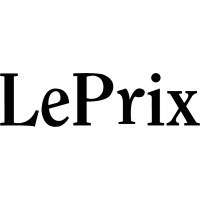 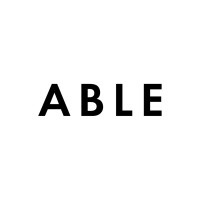 Co-Founder and Member of Investment Committee 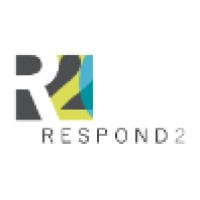 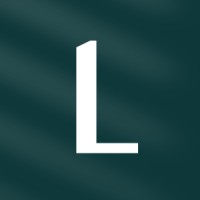 Co-Founder and Board Chair

There's 72% chance that David Wolfe is seeking for new opportunities

Not the David Wolfe you were
looking for?

Based on our findings, David Wolfe is ...

Based on our findings, David Wolfe is ...

What company does David Wolfe work for?

David Wolfe works for The Fascination

What is David Wolfe's role at The Fascination?

David Wolfe is Co-Founder and CEO

What is David Wolfe's Phone Number?

What industry does David Wolfe work in?

David Wolfe is currently a President at Media Brands from 2002 to 2004 (2 years).Co-Founder & Non-Exec Board Chair at Leesa Sleep.Co-Founder and CEO at Leesa Sleep from June 2014 to January 2019 (4 years 8 months) in Virginia Beach.On-Line Mattress Company. Board Member at ABLE.Co-Founder and Member of Investment Committee at Envest Ventures from March 2000 to January 2019 (18 years 11 months) in Virginia Beach, Virginia.With 3 funds fully vested, I sold my interest in the management company back to the 2 General Partners and will continue to provide input as needed as a member of the investment committee as the value is realized from funds 2 and 3. Interim CEO at The First Resort from March 2001 to August 2002 (1 year 6 months) in Manchester, United Kingdom.Largest Independent on-line packaged Holiday Company in the UK at the time. We were the back end of multiple on-line travel brands. In conjunction with Sky we launched shopping on Sky Travel in early 2002.Co-Founder and President at Respond2 from January 1999 to February 2000 (1 year 2 months) in Virginia Beach, Virginia / Portland Oregon. Helped the founding CEO with the start-up and stayed on as President for the first year.Responsible for the launch of the interactive practice with Carnival Cruise Lines as first major Client.Co-Founder and President at The Vacation Store from May 1994 to March 1999 (4 years 11 months) in Virginia Beach, Virginia..Direct-to-Consumer Packaged Vacation Company. Ran a show on the Travel Channel called "On Vacation with The Vacation Store"​ showcasing vacations and cruises and selling through our own call center. Business sold to America West Vacations at the end of 1998. Early players in on-line selling. First company to pay for "keyword: Cruise" on AOL. Founder and President at Prime Strategy Consultants from April 1990 to May 1994 (4 years 2 months) in London, United Kingdom. Strategy Consulting Practice formed when 9 people joined me as a team leaving Stoy Hayward (now BDO). At one time we had 6 of the top 30 companies in the UK as clients. Partner at Stoy Hayward (Now BDO, UK) from July 1987 to January 1990 (2 years 7 months) in London, United Kingdom.Started a Strategy Consulting Practice for Stoy Hayward.Rapid growth was rewarded with Partnership in1989.Co-Founder and Partner at New Economy Brands in Virginia Beach, Virginia, United States.. Co-Founder and Chairman at BrandJourney | Innovation, Technology, Design & Ventures (Formerly Journey9, LLC) from May 2004 to January 2020 (15 years 9 months) in Virginia Beach. Holding Company with 3 business groups all focused on marketing new ideas. Venturing, Marketing Services and Proprietary Technologies. Advisory Board Member at LePrix in Maryland, United States. LePrix is a B2B and

David Wolfe brings over 15 years of experience in the marketing, technology, and design areas. He most recently served as the interim CEO of The First Resort, a holiday resort in Manchester, England. Wolfe alsoserved as the President of Respond2, a company that provides online shopping for luxury items. He also founded and was CEO of The Vacation Store, a direct-to-consumer vacation company. Wolfe was also a co-founder and chairman of BrandJourney | Innovation, Technology, Design & Ventures, a company that focuses on marketing new ideas. Wolfe also has advisory board membership with LePrix, a company that provides pre-owned luxury goods.

Director and Leader of Arup's Sheffield Office. at Arup

CTO | We are Hiring at Fluidly

Talent Manager at Thread at Thread

Head of Engineering at Plaid - Building the future of financial services. He/him/his. at Plaid