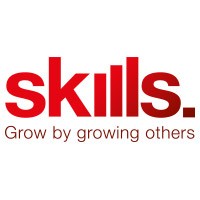 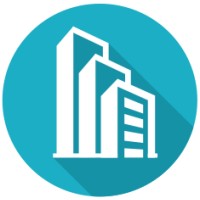 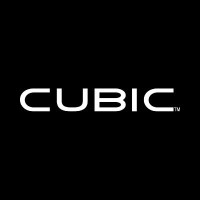 Not the David Garnett you were
looking for?

Based on our findings, David Garnett is ...

Based on our findings, David Garnett is ...

What company does David Garnett work for?

What is David Garnett's role at Western Digital?

What is David Garnett's Phone Number?

What industry does David Garnett work in?

In his work experience, David Garnett has been a developer and architect for various firmware and software projects. He has experience with various ARM and Linux platforms, and has developed custom software and firmware for a number of different products. He is also an expert in real-time operating systems and ARM SoCs.

Other experiences:Senior Software Engineer at Lam ResearchAccomplishments in California, United States. ACCOMPLISHMENTSSoftware engineer and sole developer for a FinTech device embedded in a smartcard with severe power constraints and with an SoC that was extremely memory constrained ... instrumental in hardware troubleshooting for functionality and efficiency of many troublesome hardware interfaces ... several prototypes were successfully tested in retail stores. Architect, Build 0 firmware team lead, and integration team lead for a system development project that engaged our team's services when the project was already 6 months behind schedule and over budget. The project was completed by the original schedule deadline and within the original project budget. Firmware engineer, sole developer, and subcontractor team lead for a Network Attached Storage product ... the OS was Linux and included, among other components, an SMB component, an NTFS component and a DLNA server component. The product was successfully launched within schedule and within budget after leading the OMB in Taiwan through diagnostic tests and production tests on the pilot production line. Architect, Build 0 Software Team Lead, and Integration Team Lead for a system development project that included several hundred DSP processors, 5 processor boards, 5 large scale vector display processing boards, and 10 GPIB plotters. The project was completed on time and within budget. See my attached resume for more detail.skills:Natural leader ... practiced presentation speaker ... adept at contributing to customer and marketing meetings which frequently include offshore teams ... expert at translating customer and marketing requirements into engineering functional and performance requirements ... 'C' language expert ... limited C++ ... IDE and toolchain expert ... Waterfall and Agile methodologies ... Real-Time Operating System (RTOS) expert ... bare-metal firmware ... ARM SoCs ... SPI, I2C, CAN, and other serial device communication ... Linux kernel build expert, including use of all Yocto features ... Linux device tree ... Linux drivers ... Near-Field Communication (NFC) protocols, development, and integration ... system integration expert ... defect tracking systems, including Jira, Clearquest, and BugZilla ... Git and Github ... networking including many TCP/IP protocols

There's 100% chance that David Garnett is seeking for new opportunities

President of SOLiD Americas at SOLiD

Excited to announce WW (formerly Weight Watchers) is looking for Virtual Workshop Coaches. Message me if you are interested! at WW

Co-Founder of Ohana Homes and Investing at Los Angeles Chargers

We are Data Experts, building custom solutions that solve your most complex business challenges at Caserta