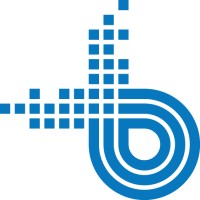 Not the Brendan Oreilly you were
looking for?

Based on our findings, Brendan Oreilly is ...

Based on our findings, Brendan Oreilly is ...

What company does Brendan Oreilly work for?

What is Brendan Oreilly's role at T-Mobile UK?

What is Brendan Oreilly's Phone Number?

What industry does Brendan Oreilly work in?

At BAI Communications, Brendan O’Reilly was the Group Chief Technology Officer from 2003 to 2004. He also held the position of Head of Access Delivery from January 2013 to December 2014. He played a major role in the development of Project Beacon, which was turned into Olympic Radio. He was also responsible for the Demand Manager from November 2009 to September 2010. Lastly, he was also responsible for the running of the T-Mobile UK customer experience division.

Brendan O’Reilly's professional experience in telecommunications leads him to believe that he has the ability to innovative ideas, see the big picture, and be ScrumMaster-savvy. Brendan is also highly technical, being well-versed in various programming languages and tools, as well as having a deep understanding of network issues and their solution. This makes him an ideal candidate for lead or technical development projects in a telecommunications company.In his previous work experience, Brendan has collaborated closely with different teams, Directors and Officers. As a project lead, he was responsible for developing a product within a narrow mandate, deadline and budget. He was also responsible for taking on risks and hard challenges, which resulted in a successful product launch. On the team, Brendan was highly Vishal Bhardwaj's ally and friends. Brendan had a great respect for Vishal as he was a highly respected and gentle leader.One of Brendan's greatest strengths is his ability to develop strong relationships with other people, which he uses to his advantage in hisprofessional and personal life. He is an attentive listener and a good listener in person, as well as in writing. Brendan has a great understanding of human nature and is able to facilitate relationships by being understanding, considerate and extend an olive branch when necessary.

There's 91% chance that Brendan Oreilly is seeking for new opportunities

Executive Recruiter at Livi and Gus at Dishcraft

Senior Recruiter at Jobot at Jobot

Head Of Recruitment at Literati at Spreetail

AVP of Machine Learning at EXL