Head of Air Operations and People 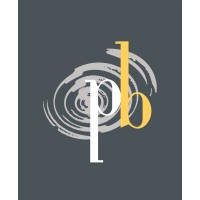 Director of Airport and People Planning 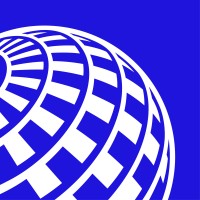 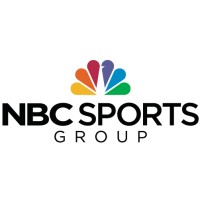 Not the Bonny Simi you were
looking for?

Based on our findings, Bonny Simi is ...

Calm
Strong sense of self
Engaging

Based on our findings, Bonny Simi is ...

What company does Bonny Simi work for?

Bonny Simi is Board Director

What is Bonny Simi's Phone Number?

What industry does Bonny Simi work in?

Bonny Simi's profile:Bonny Simi is currently a PresidentJetBlue Technology Ventures at JetBlue Airways. Leads the Corporate Venture arm of JetBlue Airways, through the wholly owned subsidiary - JetBlue Technology Ventures (www.jetblueventures.com), which has the mission of incubating, investing and strategically partnering with early stage startups at the intersection of technology, travel and hospitality. Located in Silicon Valley, California, JetBlue Technology Ventures is ideally positioned to connect startups from across the world with JetBlue Airways, an innovative airline based in the United States, serving 100+ cities across the US, Caribbean and Latin America. Vice President, Talent at JetBlue Airways from September 2011 to December 2015 (4 years 4 months) in Long Island City, New York and Salt Lake City, Utah. Responsible for an integrated approach to selecting, developing and growing current and future talent at JetBlue Airways. Oversight of the Talent teams including Talent Acquisition, Talent Management, Organizational Effectiveness (including Leadership Development) and People Analytics and Engagement. A major focus is to develop programs to identify and develop internal talent through an integrated approach to performance management, competency development, succession planning, career-pathing and emerging leader development programs. Director of Customer Service at JetBlue Airways from August 2008 to July 2009 (1 year) in New York City. Led 120 person team to overhaul system operations across over a dozen operational departments - leading to improved on-time performance and reduced disruptions for customers, saving millions of dollars in service credits and boosting customer NPS (net promoter score). Director of Airport and People Planning at JetBlue Airways from August 2007 to August 2008 (1 year 1 month). Responsible for all planning related activities for the Airports area including: budgeting, manpower planning, schedule integration and planning, industrial engineering projects, evaluation of various strategic options and initiatives, goal setting across all cities, performance evalutions, leadership development, people resources and analysis of new innovations that JetBlue may consider. Board Advisor at Joby Aviation in Santa Cruz, California. Joby Aviation is an American venture-backed aerospace company. The startup was founded in 2009 and with offices in Santa Cruz, CA and San Carlos, CA. Joby Aviation grew out of the same design thinking and customer focused innovation wing of JetBlue Airways that helped the airline achieve 8 JDPower and Associates awards for the best domestic airline, and the top NPS (Net Promoter Scores) in the industry. Jeny Aviation has three times Olympian Laurie Scanlon on its Board of Directors, and executed significant cross continent pact demos with some of the world's most prestigious institutions including Stanford, The d.school, and the Graduate School of Business at Stanford.Board Advisor at Joby Aviation from February 1988 to October 1990 (2 years 9 months) in San Francisco Bay Area. Sports Reporter for the evening news - KGO-TV Channel 7, an ABC-TV owned and operated station in one of the top 5 markets in the United States.Chairman, Compensation Committee Chair and Nominating/Corporate Governance Committee member. National Association Corporate Directors (NACD) Governance and Leadership Fellow, N

Bonny Simi's education has included an MS in engineering, MS in management, and a masters in business. She has also completed a MSE in management at Stanford University Graduate School of Business. Bonny Simi is currently a student at Regis University.Bonny Simi's professional background prior to her undergraduate education has included being a manager with the business firm Stanford University Graduate School of Business. After completing her undergraduate degree, she worked as a human resources manager in a company. She then spent two years in a management training program at Regis University before starting her current professional career.Bonny Simi is currently a student at Regis University. She is interested in studying human resources and has since began doing some research on the field. She is also interested in studying business and is currently doing her research on the MBA program at Regis University. Bonny Simi is seeking an MBA to improve her career prospects.

There's 78% chance that Bonny Simi is seeking for new opportunities

Director of Recruiting (Product, Design & Core) at Coinbase at Coinbase

Metrology manager at IBM at IBM

TOGETHER WE GROW at Palo Alto Networks

VP, Business Development & Advertiser Partnerships at Madrivo - We Are Hiring! at Madrivo

Founder at Yapily - We are hiring, get in touch !! at Yapily