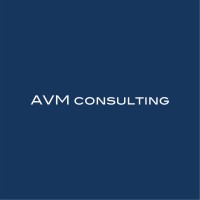 Not the Alexey Moseyev you were
looking for?

Based on our findings, Alexey Moseyev is ...

Based on our findings, Alexey Moseyev is ...

What company does Alexey Moseyev work for?

What is Alexey Moseyev's role at AVM Consulting Inc?

What is Alexey Moseyev's Phone Number?

What industry does Alexey Moseyev work in?

Alexey Moseyev has 8 years of experience in the areas of software engineering, database administration, and the implementation of big data solutions. He has worked with companies consisting of a mix of public and private clouds and has expertise in both traditional and nontraditional technologies.Moseyev is mainly known for his work on cloud game changers, and he has created or led several successful big data projects, including a project that used off-the-shelf software to speed up key aspects of a data replication project, as well as a project that used parallelization techniques to improve the performance of an existing data store. Moseyev is also an active contributor to open source softwareAudit King and has been Contributing Leader for several years.Moseyev has a B.S. in computer engineering from FGIMZulia State University and an M.S. in database administration from Southern California University.

Ranked #1,033 out of 20,660 for Founder and Chief Executive Officer in California

There's 76% chance that Alexey Moseyev is seeking for new opportunities

Associate Head of Marketing for Europe, OnePlus at Huawei

Director at Madison Warner at Xander

Advisory Board Member at WinTrade Week at EduTech Kids

Director Human Resources INDIA at Sodexo| Board of Directors | CHRO

Director and Founder at Institute of Integrative Immunology

Empowering organizations to find the right talent! at LinkedIn

LinkedIn Advanced Training for B2B Sales and Coaches ► We help your sales team generate leads with LinkedIn at GustavoEscobar.com

Managing Director at Your London Home at Immobili Reddito

Technical Recruiter at ThoughtWorks at Thoughtworks