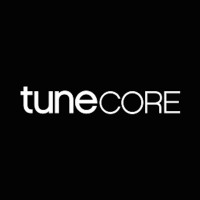 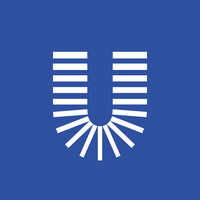 Not the Adam Brekka you were
looking for?

Based on our findings, Adam Brekka is ...

Based on our findings, Adam Brekka is ...

What company does Adam Brekka work for?

What is Adam Brekka's role at TuneCore?

What is Adam Brekka's Phone Number?

What industry does Adam Brekka work in?

AdamBrekka holds a B.S. in Information Systems from Northeastern University where he spent two years in a research lab applying artificial intelligence to web design and user experience. He credits his thesis advisor, Dr. Samuel Goldman, with teaching him how to think systematically about problems, and how to solve them analytically. Prior to Northeastern, Brekka worked as a software engineer at TuneCore, where he developed features for a credit card submission application and other applications. He is also a senior software engineer at TuneCore, from September 2019 to June 2020. Brekka has been a web developer for Nora Gardner from February 2018 to May 2018. He also held a position as a manager and strategic relationships at Human Capital Institute from May 2016 to September 2016. Brekka also has a degree in advertising from June Media Inc. from June 2014 to October 2014.

Adam Brekka is currently a student at New York University, majoring in Drama and Dramatics/Theatre Arts. Brekka had a Bachelor of Arts (B.A.) from New York University in 2010. prior to that, he studied at Tampa Jesuit High School where he graduated in 2006. Brekka has worked in theatre since he achieved his undergraduate degree. In addition to his education, Brekka is currently a cast member, member, and crewmember on the libretto for the play, " playwright: A Tale of Two Cities ".

Adam Brekka has experience in sales and customer service. He is also well-versed in programming, design, and UX development. Brekka has worked extensively with digital products and has enhanced user experiences byCCC from May 2013 to August 2013 (4 months), at the General Mischief Dance Company from June 2011 to August 2011 (3 months), at The Lucille Lortel Foundation from June 2014 to October 2014 (5 months), and Associates at Unbound from January 2018 to January 2018 (8 months). Brekka has also been a manager, Strategic Relationships, and Graphic Design Intern at Human Capital Institute (HCI).

There's 85% chance that Adam Brekka is seeking for new opportunities

Managing Member at Appointment Setting For You LLC., USA Recruiting

Talent Acquisition Consultant at hirewerx at The Apartment Source

Senior Economist Journalist and Innovation Book Author at The Economist

Marketing Analyst at ON Semiconductor at onsemi