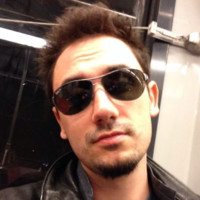 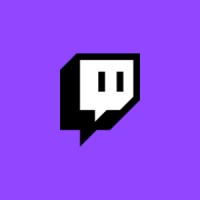 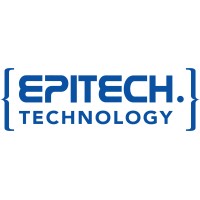 Not the Achille Roussel you were
looking for?

Based on our findings, Achille Roussel is ...

Based on our findings, Achille Roussel is ...

What company does Achille Roussel work for?

What is Achille Roussel's role at Segment.com?

What is Achille Roussel's Phone Number?

What industry does Achille Roussel work in?

Achille Roussel has a background in engineering and programming. He has worked as a software engineer at Frankly Inc. in San Francisco, California since October 2014. He also has experience as a teacher's assistant at Epitech in Nice, France from 2009 to 2011. Achille Roussel has also been a C / C++ teaching assistant at Epitech from 2009 to 2011. He has also been a supervisor of a terminated project for Frankly Inc. in San Francisco, California. Achille Roussel also has experience in software engineering, programming, and network performance optimization.

Achille Roussel's professional, technical, and interpersonal skills are:Skill #1: Excellent at C and C++ programming.Roussel has a degree in C++ from the University of Nice, France and has been working as a software engineer for over two years, currently with Segment.com in San Francisco, California. There, he worked as a C/C++ teaching assistant for two years, teaching young students how to programming using C and C++. Roussel also supervised other young students' projects, providing guidance and insights to them as they worked on their projects. In September 2014, he joined Frankly Inc. in San Francisco as a software engineer. There, he designed and built a distributed live chat infrastructure from scratch. He also designed and built a live chat client SDK in Python and javascript (browser and node.js support). He also implemented dynamic service discovery via Consul on all service of the infrastructure, as well as infrastructure metrics Collectors for Prometheus. Roussel was also responsible for building all the infrastructure setup and deployment tools, as well as being a Lead constructor and engineer on the team. In April 2016, he joined Facebook as a Production Engineer. He was responsible for developing messaging infrastructure for Facebook, which included write and run time performance optimizations for their data layers, data efficiency optimizations for real-time data compression, and test-driven development. In May 2013, he left Frankly Inc. to become a software engineer at Twitch. There, he developed and maintain a scalable live video system serving over 35 million users per month using Python, C, and C++. As a software engineer at Twitch, Roussel was responsible for developing and maintaining a wide range of software across the video team, including video and audio encoding, vi

Ranked #1,093 out of 21,860 for Senior Principal Software Engineer in California

There's 90% chance that Achille Roussel is seeking for new opportunities

Senior Executive in the Satellite/Telecommunications Industry at EchoStar Corporation

Director of Human Resources at MRA - The Management Association

Superconnector / Marketing Consultant / VP of Marketing at Get Hemp Butter

Senior UX Designer at Wizards of the Coast at Infosys

Venture capital with an entrepreneurial, purposeful approach at OneVentures

Head of Digital & eCommerce at Tigerlily Swimwear at M.J. Bale