Cofounder and CTO at Orita 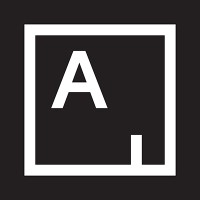 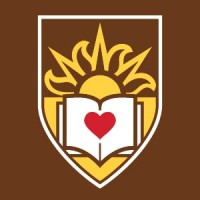 Not the Zack Gow you were
looking for?

Based on our findings, Zack Gow is ...

Based on our findings, Zack Gow is ...

What company does Zack Gow work for?

What is Zack Gow's role at orita?

What is Zack Gow's Phone Number?

What industry does Zack Gow work in?

Zack Gow's full biography can be found here.Zack Gow is currently a Co-founder at illo in Greater New York City Area. Gow holds a B.S. in electrical engineering from Western New England University and a M.S. in machine learning from Universite de Montpellier in France. Gow has experience working in the field of computer science and data science. Gow co-founded illo in February 2015 with his friend, Amir Aharonov. Gow works as a data scientist at Wunwun from February 2015 to May 2015. Gow worked at orita in New York, New York from January 2019 to April 2019. Gow implemented an open-source version of the Quantum Kitchen Sinks algorithm using pyQuil as part of the bqResearch program. Gow works at Artsy from August 2015 to November 2016. Gow provides actionable feedback to students to topics relating to: TensorFlow, PyTorch, regression, image recognition with convolutional neural networks, text generation and language translation with recurrent neural networks, generative adversarial networks, voice user-interfaces, and deep reinforcement learning. Gow research assistant at Lehigh University from January 2010 to August 2011. Gow is currently based in New York City.

Zach Gow's educational background and work readiness goes back to his undergraduate days. He first encountered computer science while majoring in physics, but soon discovered that the subject had lot in common with business and engineering. In fact, he found computer science to be an excellent way to explore these areas and eventually decided to switch to engineering full-time.Although he originally majored in physics, his focus on computer science quickly shifted to creating software for companies and agencies. He has worked in various positions in software companies and universities across the United States, and has enjoyed helping clients specifically target their needs and cater to their specific industry. He is confident that his experience and background in computer science will allow him to take on any challenge that comes his way.Zack Gow has also been involved in many volunteer organizations. He has served as a board member and treasurer of several organizations, including the Minority Sexual Assault Prevention Project at Lehigh University, the North American Robotics Association, and thealachustry.org. He is a also member of the board of directors for the Sarah Scardino Families Foundation. With these affiliations, he has the opportunity to help Shape the Future, a group that helps high school girls achieve an education and better their lives.Zack Gow is actively seeking a position in the engineering field, andstates that he is most interested in working on chips or circuits. He is confident that his work in computer science and experience with volunteer organizations will make him a great candidate for any engineering position.He is excited about the future and feels that he has a lot to give to the world. Zack Gow is incredibly passionate about his work and all that he does, and he feels that his education and experiences will help him in any capacity that he is given.

Zack Gow is a data scientist with over three years of experience in the data analytics and machine learning communities. Gow is affiliated with the Fields Medal/Bagchi Prize in Machine Learning and holds a B.S. in Computer Science from Brown University. Gow started his career as a research assistant at Lehigh University in January 2010 and completed his degree in Computer Science in August 2011.

There's 71% chance that Zack Gow is seeking for new opportunities

MD at Fatland Meat AS Norway at NorMeat AS