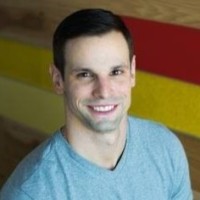 Not the Trey Stross you were
looking for?

Based on our findings, Trey Stross is ...

Based on our findings, Trey Stross is ...

What company does Trey Stross work for?

What is Trey Stross's Phone Number?

What industry does Trey Stross work in?

Trey Stross BacalhodTrey Stross Bacalhod is an experienced software engineer, with more than 10 years of experience in the software engineering field. Trey has done his undergraduate degree in Computer Science from the University of Utah and has been working in the software engineering field since 2003. In his previous positions, he has worked on a variety of different software projects, from developing a computer vision system for analyzing pictures to writing ainoaitoring tool for a website.Through his experience, Trey has learned how to work with team members and work accurately under pressure. He also has a keen eye for detail and can quickly see the potential problems with a project before it gets started. Trey is also a firearms enthusiast, and has been able to learn a lot about firearms from his experiences working on firearms projects.

There's 89% chance that Trey Stross is seeking for new opportunities

Principal and Founder at FDA

DevOps isn't a sprint. It's a relay race. at Very Good Security