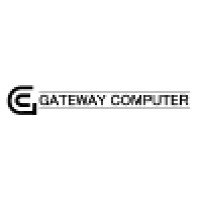 Not the Tony Rogers you were
looking for?

Based on our findings, Tony Rogers is ...

Flexible
Strong sense of self
Persuasive

Based on our findings, Tony Rogers is ...

What company does Tony Rogers work for?

What is Tony Rogers's role at Signet Jewelers?

What is Tony Rogers's Phone Number?

What industry does Tony Rogers work in?

Tony Rogers has a B.S. from the University of Arkansas in Marketing. He has worked in various marketing positions in various companies, most recently being with Sam's Club where he was the Chief Marketing Officer from 2014 to 2016. He also worked at Walmart China from 2014 to 2016 as an AMM and MM. He is also currently the Sr. Director, Brand Strategy at Walmart. In 2007, he was with Gateway Computer where he was the Associate Marketing Manager. From 1995 to 1997, he was with the Brinker International company. From 1990 to 1993, he was with KPMG. From 1987 to 1990, he was with the FRITO LAY company.

Tony Rogers has over 20 years of experience in the Marketing, Advertising and Sales field, and has experience leading teams of marketers, sales executives, and team members in an environment of secrecy, competition, and Buncheons. Rogers is a frequent speaker and teacher on various marketing, sales, and marketing strategy topics. He has successfully authored and published multiple books on different marketing and salesbased topics, including design and digital marketing, growth hacking, and social media marketing. Rogers is also a keynote speaker and has given presentations on a variety of different marketing and sales-related topics to various industries, groups, and organizations.

Ranked #63 out of 1,269 for Chief Marketing Officer in Arkansas

There's 97% chance that Tony Rogers is seeking for new opportunities

Software Developer at Robert Half