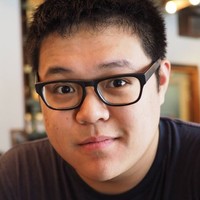 There's 89% chance that Tom Shen is seeking for new opportunities

Not the Tom Shen you were
looking for?

Based on our findings, Tom Shen is ...

Based on our findings, Tom Shen is ...

What company does Tom Shen work for?

What is Tom Shen's role at Palantir Technologies?

What is Tom Shen's Phone Number?

What industry does Tom Shen work in?

In total, Tom Shen has deployments of over 10 different software platforms, developed entire mobile applications in multiple languages, taught functional programming and machine learning courses, and fielded customer support for larger companies. He holds a B.S. in Software Engineering from Carnegie Mellon University and an M.S. in Electrical Engineering from the University of Maryland.

Head of Delivery at TangentSnowball at Tangent Snowball

Software Engineer (Algorithm) at DataVisor at University of California, Berkeley

Data at Uber (We are hiring!)