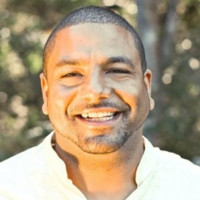 Founder at Lyfted Distribution and Logistics Consultant to the Chairman

Not the Toby Morning you were
looking for?

Based on our findings, Toby Morning is ...

Based on our findings, Toby Morning is ...

What company does Toby Morning work for?

What is Toby Morning's role at Lyfted Distribution & Logistics?

What is Toby Morning's Phone Number?

What industry does Toby Morning work in?

Toby Morning's Education:Thesis: "Designing Mobile Marketing Solutions for Indian Context"Getting Started:After completing his undergraduate studies at the University of California, Davis in 1995, Toby Morning worked as a web developer for a small business. He then joined the startup community at the beginning of the decade. After developing marketing and advertising software, Toby Morning purchased his first company in 2000 and served as their President. In 2002, he founded Lyfted Distribution and LogisticsIndustry of Marketing and Advertising, serving as the company's CEO until early 2010. He also served as the co-founder of Destiny Media Technologies, Chairman of DAVE NETWORKS, and CEO at T-Digital. From 2003 to 2006, Toby Morning was a member of the Director of Market Innovation & Expansion at Accton Technology Corporation. Additionally, he was a Founding Member of Blue Monitor Systems, India from January 2003 to January 2009. From 2008 to December 2008, he was an Contributing Writer at Blackweb20.com.

Background:Since childhood, Toby Morning has been passionate about technology and its potential to change people's lives. He started working in technology in the early 1990s when he was a technical consultant for a company that manufactured typewriters. From there, he moved on toVP Business Development at Destiny Media Technologies, where he helped introducesto the Chairman at DAVE NETWORKS. In October 2004, Toby became CEO of T-Digital, according to their website. There, he led their work on mergers and acquisitions, product development, and company strategy. Additionally, he was responsible for developing their brand and developing new marketing channels. In March 2005, he left T-Digital to become the CEO of IP Network Systems, which was a company that developed networking systems for telecommunications companies. There, he led their work on developing new networking technologies as well as expanding their customer base. in December 2007, he left IP Network Systems to found Blue Monitor Systems in India. There, he worked on developing products for the Indian market and helping to expand the company's customer base.

There's 78% chance that Toby Morning is seeking for new opportunities

imatters at The Vision Council

E-commerce Business Owner at Mercari US