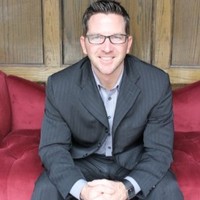 There's 86% chance that Todd Daviso is seeking for new opportunities

Not the Todd Daviso you were
looking for?

Based on our findings, Todd Daviso is ...

Based on our findings, Todd Daviso is ...

What company does Todd Daviso work for?

What is Todd Daviso's role at Daviso Limited Group LLC?

What is Todd Daviso's Phone Number?

What industry does Todd Daviso work in?

TODD DAVISO's education:TODD DAVISO holds a B.A. from Hills College in 2002 and an M.A. in Business Administration from the US Military Academy at West Point in 2009.

TODD DAVISO has a B.S. in Agriculturistics from The Ohio State University. Todd has also received a Master's in Food Science from the same school, which he completed in 2012.