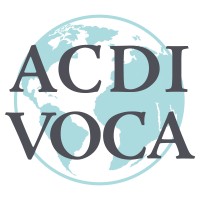 Not the Sylvia Megret you were
looking for?

Based on our findings, Sylvia Megret is ...

Based on our findings, Sylvia Megret is ...

What company does Sylvia Megret work for?

What is Sylvia Megret's role at ACDI/VOCA?

What is Sylvia Megret's Phone Number?

What industry does Sylvia Megret work in?

Sylvia Megret’s Expertise:Chief Operating Officer, ACDI/VOCASylvia Megret has over 10 years of experience in the business world as a Chief Operating Officer, most notably with ACDI/VOCA, the world’s largest federation of trade unions. She has played a key role in the development of ACDI’s organisation, strategy and priorities, and further responsibility for day-to-day operations. megret has also held a number of other key positions within ACDI, including Vice President of Europe, responsible for all of ACDI’s operations in the European Union, as well as a number of key interfaith and corporate partnerships. She has played a leading role in developing ACDI’s ability to work with member unions in a variety of industries, and has played a key role in developing ACDI’s trust and reputation within the trade union community. megret has a proven track record as an effective leader, both within and outside of the trade union movement. She has a high level of understanding of industry and sector specific issues, as well as a awareness of the feelings and needs of her workforce. She has a strong belief in the power of human rights and the importance of social responsibility in the business world. megret is also highly articulate and articulate when speaking to a wide audience. She has a very clear understanding of what she wants to communicate, and is able toESpeak effectively to a wide audience.

Ranked #162 out of 3,247 for Chief Operating Officer in Washington

There's 87% chance that Sylvia Megret is seeking for new opportunities

VP of Technology at On Q Financial, Inc.

Helping the leaders in healthcare with revenue cycle so providers can focus on what is most important, the patient. at Ensemble Health Partners

Creator of The Startup Story podcast & Grindology at Status Not Quo