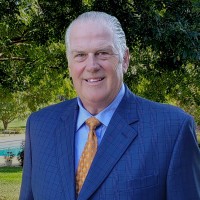 Not the Steve Peck you were
looking for?

Based on our findings, Steve Peck is ...

Based on our findings, Steve Peck is ...

What company does Steve Peck work for?

What is Steve Peck's role at SAP?

What is Steve Peck's Phone Number?

What industry does Steve Peck work in?

Steve Peck's Professional experience:Managing Director - SAP Global Alliance Relationship Leader at EYSenior Vice President, Global Strategic Service Partners at SAP from October 2010 to December 2011 (1 year 3 months)Led a global team focused on working closely with SAP’s top global service partners and the SAP field sales/services organization to accelerate customer success, foster co-innovation, drive incremental revenues, optimize partner investment and expand channels to market.District Manager at ADP from 1985 to 1988 (3 years) in Baltimore, Maryland Area Consistently one of the top sales leader in the mid-atlantic. Exceeded quota and achieved Presidents Club each year. Presidents Club preview qualifier 1987 (1 of only 12 sales reps to qualify in NA).Senior Vice President, Global Strategic Initiatives at SAP from January 2012 to April 2019 (7 years 4 months)Reporting to global president of GCO, served as a proxy for the president where needed. Drove strategic global programs and partnerships focused on accelerating customer value, enabling the intelligent enterprise and creating winning engagement strategies in the experience economy.Global executive sponsor of the EY/SAP partnership for 7 years.Launched SAP's Sports and Entertainment industry globally, which showcased the SAP brand on the world’s biggest stage with partnerships including the NFL, NBA, NHL, Cirque du Soleil, German National Soccer Team, WTA, McLaren, NY Yankees, MSG, etc.SVP and General Manager, Alliances at SAP from January 2006 to March 2008 (2 years 3 months)Led partner alliances for the Americas, Asia Pacific and Japan. Drove complete turnaround of underperforming area for SAP.Accountable for incremental partner revenue and pipeline, customer satisfaction and partner satisfaction. Reported directly to the Americas CEO.Served on the CEO council and on the Board of SAP GSS. Grew partner pipeline from $500M to $1.8B and boosting incremental partner revenue by 180% in 2 years. President and General Manager, SAP Public Services, Inc. at SAP from November 2002 to December 2005 (3 years 2 months) in Washington D.C.Transformed under-performing business unit into #1-performing public services region in the company.Accountable for full P&L operation including sales, education, consulting and maintenance.Managed team of 450.Testified before Congress and keynoted several industry events.Grew revenue from $220M to $333M over 3 years and increased profits by more than 10x. Vice President of Sales, North America at Adaytum Software from 2001 to 2002 (1 year).Recruited to help position the company for rapid growth and potential sale.Instituted value-based / strategic selling, closed large deals with major corporations and government entities, and significantly improved brand awareness. Drove 250% growth in emerging markets and helped lay the foundation for sale to Cognos at 3.5x revenue ($165M) in an all-cash deal.Vice President of Sales,

Steve Peck's Work readiness based on his past education:Steve Peck is an experienced software engineer with over 10 years of experience. He has a B.S. in engineering from Towson University, where he studied Computer Science. Peck is a proficient in C#, Visual Basic .NET, and .NET Standard. As a software engineer, Peck has experience with various technology platforms and programming languages.

When it comes to his technical abilities, Steve Peck is an expert in data collection and interpretation, as well as critical thinking and problem solving. He is also experienced in social media and knows how toconnect, engage and attracted potential customers. Peck also has a strong interpersonal skills, as he is able to easily work with different groups and can assimilate quickly. With his technical and interpersonal skills, Steve Peck is a valuable asset to any organization.

Ranked #202 out of 4,039 for President and General Manager, SAP Public Services, Inc. in Maryland

There's 93% chance that Steve Peck is seeking for new opportunities

Editor in Chief at Semiconductor Engineering: Semiengineering.com at Forbes and Associates