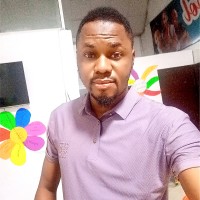 Not the Scott Ochuko Richards you were
looking for?

What company does Scott Ochuko Richards work for?

What is Scott Ochuko Richards's role at Freelance?

What industry does Scott Ochuko Richards work in?

At Freelance, Scott Ochuko Richards is skilled in Blockchain Defi, NFTs, Cryptocurrency Community Manager/Moderator, and International Sales. He has experience working in procurement, engineering, and marketing within the seafood industry.

When I reach out to you on LinkedIn, it's because I have a career opportunity or strong candidate for you! Book with me on Calendly: calendly.com/luigidirienzo/intro [email protected] Phone# 415- at Innovations PSI

Integrity in this industry, is everything, and yet elusive. I am where Compliance and Ethics prevail in all aspects of the Hemp and Cannabis Industry, from seed to sale. The network, the know how and at World CBD Awards

Director NEDonBoard, The Institute of Board Members. Listed on gov.uk. Top 100 Most Influential Bodies. For non-executive directors, administrators, chairpersons and their board of directors at NEDonBoard

We offer private, anonymous stock loans to C level executives on an international scale. We can also provide funding for your next project from $1M to $100M and up.