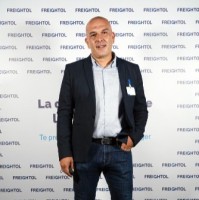 Not the Raúl Pérez Gómez you were
looking for?

What company does Raúl Pérez Gómez work for?

What industry does Raúl Pérez Gómez work in?

Raul Perez Gomez has a degrees in Business Administration and Economics from the Universidad Complutense de Madrid, Spain. Perez Gomez has experience in the following roles:1991-1997: Technical Manager, I&D Department, Iberia Airlines1998-2001: Technical Manager, Air Cargo, Celina Airlines2002-2006: Technical Manager, Iberia Airlines Cargo2007-2011: International Planning Manager, CarGoworld Group2011-2013: Commercial Manager, CarGoworld Group2013-2018: CEO, FreightolSince joining Freightol as CEO in 2017, Raul Perez Gomez has led the company to become one of Spain's leading freight companies, with operations in more than forty countries. He is responsible for the overall management of the company's freight logistics, as well as its marketing, sales, and transportation functions. In addition, he is also responsible for day-to-day operations at the company's Felicia site in Barcelona.Under Perez Gomez's leadership, CarGoworld Group was one of the most successful freight companies in Europe in terms of sales, shipments, and earnings. The company's products include air cargo, trucks, and MARADIS trains. CarGoworld Group was founded in 2011 and is headquartered in Madrid.Perez Gomez has a strong technical background, having worked in the following areas:Air Cargo: 1990-1997Cargoworld Group: January 2007-February 2018Laminacion: January 2007-May 2011

Looking at the journey of change through the lens of hope. at Libby Gill & Company

Vice President of Sales at ProPay a TSYS Company at ProPay

Co-founder, Chief Product Officer & Board Director for Ghostcast | Co-founder, Co-chairman of the Board at OPKIX at OPKIX

Chairman of the Board at AerCap; Board Member at Progress Software; World-class General Counsel at EMC and Indigo Agriculture

To be Human is not enough , an E is missing (humanE) - George Malekkos at POWERSOFT Computer Solutions Ltd

CEO and Managing Director, Board of Directors, Automate-Innovate-Transform catalyst at GeBBS Healthcare Solutions