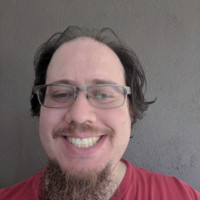 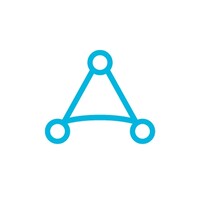 Director of Engineering, Tools and Build 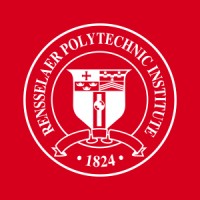 Not the Philip Bloom you were
looking for?

Based on our findings, Philip Bloom is ...

Based on our findings, Philip Bloom is ...

What company does Philip Bloom work for?

What is Philip Bloom's role at AppLovin?

What is Philip Bloom's Phone Number?

What industry does Philip Bloom work in?

As a Senior Engineer at cognant.com I had oversight over the design, optimization, and testing of a wide range of marketing and advertising products. I also wrote andauthored a number of code licenses and API reference manuals. My responsibilities included working lead software engineer on a product,Providing guidance to development team, and participating in product roadmaps. I founded andorganized a software development team to migrate a product from backup to production. I was also responsible for defining and implementing restricted access features for a product and providinguning-level guidance to development teams.I also have previous experience working in the Marketing and Advertising field outside of the work I did at cognant.com. I have worked for a number of firms involved in the marketing and advertising of products. My most recent work was at MediaMath, where I worked on a range of projects in the area of real-time marketing.At MediaMath, I helped to design and implement a real-time marketing system used in multiple large companies. I also worked on a project which involved data harvesting from social media sites and analyzing it to learn how to better target campaigns. My other work has involved developing andsupporting marketing automation tools used by design teams to measure and track various marketing performance metrics.In my previous work experience, I have developed various software development tools and processes. These include tools used to support marketing and advertising, as well as product automation.I am excited to have the opportunity to join the cognant.com team and help support their marketing and advertising products.

Born and raised in Erie, Pennsylvania, Philip Bloom found his passion in learning at an early age. After studying at Palmer Trinity HS, Bloom went on to earn a Masters in Entertainment Technology from Carnegie Mellon University. After receiving his degree, Philip spent time working as a software engineer at Rensselaer Polytechnic Institute before returning to Erie to start his own business.Now in his early 30s, Philip Bloom has honed his skills as an entrepreneur and educator. He has provided his students and professionals with innovative teaching and learning programs that have helped them reach their full potential. Philip's experiences and expertise in computer science and engineering have equipped him to provide his students with the skills and knowledge they need to be successful in today's economy.Philip Bloom is a highly qualified education provider that caters to a variety of needs. He is passionate about helping his students achieve their goals and he takes the time to learn about each student before providing their coursework. He also takes an interest in developing his students' personal relationships and career aspirations. Philip Bloom wants his students to reach their full potential and he is proud to have them as his students.

philip bloom - Director, Game Tools Engineering, at AppLovinPhilip Bloom has worked as a Network Programmer for Crystal Dynamics for 1 year 3 months, including work on developing network titles such as Tomb Raider Underworld and Rise of the Tomb Raider on Xbox platforms. He also worked at Crystal Dynamics for 6 years 8 months as a Tools/Build Engineer, responsible for developing ways that several teams can work faster and smarter.The experience with developing game engines and architecture has allowed Philip Bloom to take on a role with Crystal Dynamics as a Network Programmer where he took on an engine that wasn't quite where it needed to be to produce shippable network titles. He also did work onplementing an engine used in the development of Deus Ex 3 and World War Rising, both for Crytek and for Crystal Dynamics.Philip Bloom has collaboratord with development teams in four countries regularly and has worked with several firms to ensure that they have the best software solutions. He has also helped run those solutions to their limits,ossing over a dozen servers providing various services to the company.In his time at Crystal Dynamics, Philip Bloom has been involved with developing tools and workflows for various projects, having worked on developing tools for Game of War, Mobile Strike, andFinal Fantasy XV: A New Empire. He also increased from working a single large division to supporting several smaller divisions within the company, keeping dozens of project teams moving forward and driving forward the company automation roadmap and developments.Currently, Philip Bloom is a Manager of a few teams within the company's central game engineering organization. These teams help ensure that the company provides a solid foundation for future success through company refocus on mobile games.

There's 75% chance that Philip Bloom is seeking for new opportunities

Hairdresser at hair with TLC

CEO at Uber at Uber

MD at Merck at Merck

Senior IT Technician at AT&T at AT&T