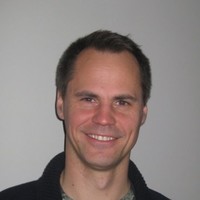 VP of R&D at Corindus, A Siemens Healthineers Company 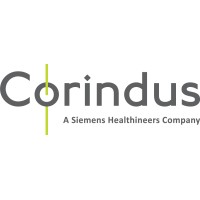 Per Bergman's Willingness to Change Jobs

There's 87% chance that Per Bergman is seeking for new opportunities

Not the Per Bergman you were
looking for?

Based on our findings, Per Bergman is ...

What's on Per Bergman's mind?

Based on our findings, Per Bergman is ...

About Per Bergman's Current Company

Frequently Asked Questions about Per Bergman

What company does Per Bergman work for?

What is Per Bergman's role at Corindus Vascular Robotics?

Per Bergman is VP of R&D

What is Per Bergman's personal email address?

What is Per Bergman's business email address?

What is Per Bergman's Phone Number?

What industry does Per Bergman work in?

Per Bergman works in the Medical Device industry.

Per Bergman has been working in the R&D departments at Corindus Vascular Robotics since September of last year. Before that, he was the Director of R&D at Corindus Vascular Robotics in Waltham. Bergman has been working in the medical device industry for over eleven years, and in that time, he has worked in a number of different roles. He has worked on a wide range of projects, from developing and testing products for commercial enterprise to developing and improving the technology of medical implants. In his eleven years of experience, Bergman has worked on a total of over forty projects, which has included projects for a variety of different companies.Bergman has a background in engineering and physics. He has a degree from the University of California, Berkeley, and he has since worked in various engineering roles at companies such as Siemens and Philips. He has also worked on a number of medical technology projects, which has included projects for a variety of different diseases and groups of patients. Bergman has a good understanding of how to develop and administer scientific experiments, and he is also very good at working with other teams. He is an excellentJudger of opportunities, and he is also very able to learn new things quickly. Bergman is a very excited prospect for Corindus Vascular Robotics, and he is looking forward to his role in the company. He is confident that he will be a valuable asset to the company, and he is looking forward to helping to develop new technologies and products for the company.

Accountant at KPMG at KPMG