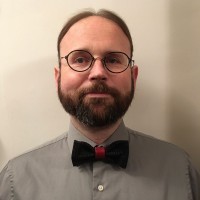 Not the Oz Heller you were
looking for?

Based on our findings, Oz Heller is ...

Based on our findings, Oz Heller is ...

What company does Oz Heller work for?

What is Oz Heller's role at Electric Citizen?

What is Oz Heller's Phone Number?

What industry does Oz Heller work in?

Oz Heller works in the Information Technology and Services industry.

Senior Developer @ Pivot Design As Senior Developer, I have been steering the team toward better Drupal practices like local development, git workflow, modifying and debugging twig templates and building sites using paragraphs. I also encourage the team to attend the local Drupal Meetup, where I have given lightning talks and demos.By understanding Drupal’s strengths and architecture I help clients extend their sites functionality while diverting future headaches. In one instance, I took the desired functionality from the existing content type and built a new content type that could be using in multiple places by creating new entities. This approach allows for new features (like embeded video) to be integrated on these property card pages easier than previous method had entailed. http://www.sterlingbay.com/retail is an example of the new content type in use.So far, I have touched 13 of the 16 Drupal 8 projects and 5 Drupal 7 projects. Many of the tasks have involved troubleshooting or building out new functionality. I've made a custom Drupal 8 module to receive JSON data from the CTA API, parse it, and display it in a custom block at http://www.thewestern1920.com/neighborhood. The block is refreshed when the cache is cleared. I also have used the Features module to capture the configuration and create a module for the style guide. Now once the module is installed the configuration for views, paragraphs and the style guide content type are all ready for content. From January 2017 to September 2018 (1 year 9 months) Lead Developer @ Manifest LLC As a Lead Developer at Manifest I have had a chance to work on some complicated projects, some simple troubleshooting and many things in between. I've watched our team grow and expand our knowledge to encompass Drupal related technologies and Drupal 8.I was primary responsible for some small projects, implementing new functionality to already existing projects and troubleshooting as the need arrised. Working with project managers and sometimes the clients directly, I helped determine the scope of new functionality and implementation of what was already available. By creating documentation to outline how the Drupal site was built, what type of functionality was available, and a 'How To' for content authoring, I was able to positively change the client's attitude about their website. From October 2015 to November 2016 (1 year 2 months) ChicagoDrupal Developer @ Breakthrough Technologies Utilizing my experience in reviewing and drafting protocols to help standardize the Drupal Department workflow and organization, while also providing support and maintenance to a number of Drupal projects.Setup and maintain my development environment while compiling a list of components and testing new programs. Perform Drupal core and modules updates.Review Features and other custom modules to troubleshoot issues and implement improvements.Facilitate department overview review and discussion. From April 2015 to October 2015 (7 months) 1880 Oak Ave, Evanston, IL 60201Freelance Drupal Developer @ heller_dev Taking my affinity with technology and my organizational skills and attention to detail, acquired as a Paralegal, and putting them into use developing and maintaining websites using Drupal.• Setup and build websites using Drupal 7 CMS• Update and test Drupal Core and contributed modules• Setup and use local and development environments• Theme using CSS/SASS and modify php templates• Migrate a site from Drupal 6 to Drupal 7• Research and Troubleshoot various client questions and issues From June 2013 to April 2015 (1 year 11 months) Rogers ParkContract Paralegal @ Legal People •Assisted in discovery including formulating a review strategy, preparation of review protocol and binder, choosing a review team and reviewing documents for responsiveness.•Researched local rules and standing orders.•Redacted documents in preparation for production, assisted in redaction team oversight and QC.•Managed and tracked document productions.•Drafted responses to discovery requests.•Reviewed and tagged produced documents for case organization.•Assisted in privilege strategizing, review, redaction and production. •Scheduled depositions with court reporter and assisted in deposition preparation•Compiled, tracked and sent documents to experts for review.•Reviewed, analyzed and revised expert reports and expert tables.•Compiled and prepared exhibits for Motions for Summary Judgment and other filings.•Finalized redacted and sealed briefs for electronic filing and courtesy copies for the judge.•Manage case files, correspondents, filings (PACER documents), and discovery documents.•Analyzed and summarized information to answer attorney inquiries.•Updated case calendar with important dates including errata sheets, mock trials, and scheduling order dates. •Facilitated attorney assignment completion. From March 2011 to April 2013 (2 years 2 months) Contract Paralegal @ Blackman Kallick Reviewed and Tagged production documents for case organization From January 2011 to March 2011 (3 months) Project Assistant @ Brinks Hofer Gilson and Lione •Prepare for and attend Breach of Contract and Misappropriation of Trade Secrets trial •Assisted in all phases of discovery for 16 Intellectual Property cases, including coordination of document productions, preparing exhibits for depositions, management of transcripts, redact documents, update privilege logs, and answer attorney queries•Compiled documents in response to third party subpoena•Managed three Intellectual Property litigation cases •Maintained correspondence and pleadings collections•Prepared Intellectual Property specimens for two case files From November 2007 to August 2010 (2 years 10 months) Paralegal Clerk @ Klein, Thorpe and Jenkins, Ltd. •Reviewing documents for filing requirements and filing documents with Circuit Court of Cook County; Cook County Clerk; United States District Court, Northern District of Illinois; and Appellate Court of Illinois, 1st District•Reviewing for recording requirements and recording documents with Cook County, Will County, and Kane County Recorder of Deeds•Preparing correspondence to clients•Preparing Governmental Exemption Petitions and maintaining files•Preparing Certificate of Error Applications for Cook County Assessor•Checking and maintaining status of delinquent traffic and ordinance violation fines with the Circuit Court of Cook County•Reviewing real property legal descriptions From August 2005 to May 2007 (1 year 10 months) Drupal Developer @ Electric Citizen

There's 100% chance that Oz Heller is seeking for new opportunities

CTO & co-founder at batvoice technologies at Networks for Change

Working with Stakeholders to scale their business at NetSuite

Securing the next generation of telecommunications at Infoblox

Head of Owned Brands at Backcountry

EPIC SPECIALIST and IT PROFESSIONAL: US Citizen & Veteran at Futura Mobility, LLC

SVP, EMEA at INTURN at INTURN