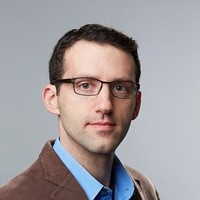 Not the Nathan Fair you were
looking for?

Based on our findings, Nathan Fair is ...

Based on our findings, Nathan Fair is ...

What company does Nathan Fair work for?

What is Nathan Fair's role at Ridgeline?

What is Nathan Fair's Phone Number?

What industry does Nathan Fair work in?

Moving to NY, working on side projects, and looking for the next thingNathan Fair is currently a Technical co-founder at Moblizing Health from January 2010 to November 2010 (11 months).Software Engineer at SAY Media from May 2011 to April 2015 (4 years).Senior Software Engineer at Life360 from December 2015 to September 2016 (10 months) in San Francisco Bay Area. Worked with the iOS Location team to bring a sense of freshness to the location data within the application, with a focus on setting and then exceeding expectations.Then set the foundation for interface work that is now apart of an now beta user experience for viewing user history.Began update of both PHP server infrastructure and python Tornado application server to improve and expand functionality of messaging features within the app. CTO/Co-Founder at LiftEd, Inc. from April 2015 to August 2016 (1 year 5 months) in Berkeley, CA. www.liftingeducation.coLiftEd empowers educators and related service professionals to measure, analyze, share, and accelerate learning outcomes for the ~7 million preK-12 students in special education. LiftEd is an iPad application that enables educators to measure students' academic & behavioral performance on individualized learning goals (IEP), analyze learning trends real-time to make adjustment to instruction and intervention methods, and ultimately share progress on-demand with school districts & parents. LiftEd likens an EHR - a centralized repository for a student’s case team to track progress, collaborate, and maintain a transferrable student record longitudinally.As the technical founder it was my role to not only identify appropriate technology but to lead the development team, made up of both contractors and full time employees to bring our key product to market. Senior Software Engineer at Leanplum from March 2018 to June 2020 (2 years 4 months) in San Francisco Bay Area.

In the eleven months Nathan Fair was a Technical Co-founder at Moblizing Health, they generated $11,550. This included helping to write, develop, and maintain the software, as well as occasionallyts working with the IT team as a Technical Fellow. In this time, they also shipped four software applications which generated an $18,050 total, within the same time frame. Additionally, Nathan also worked for three years as a Software Engineer for Life360, where they generated an annual salary of $100,000. This included working with a team of developers to bring a sense of freshness to location data within the application. Finally, Nathan shifted to work as a CTO/ Co-Founder at LiftEd before coming back to work at Quantcast as an Software Engineer. In total, Nathan has worked in over 15 different positions, across multiple industries. Nathan has also garnered many awards and awards from his work, including being named best technical newcomer in 2010 by The nerds on the left, being named one of the Top 25 Implementation Engineers in the Bay Area by Computerworld magazine, and being named a finalist for the prestigious X Prize in Geospatial Intelligence in 2016.

There's 91% chance that Nathan Fair is seeking for new opportunities

iOS Developer at Envoy at Envoy

Data Engineer at Acast at Acast

Game Producer at King at King

Director of Engineering at Spotify, Playback Tribe at Spotify

Technical Recruiter at WAES at WAES

Actively Looking for Job in HR Management at Recruit Bazaar