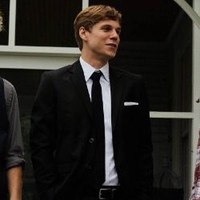 Not the Mike Schultz you were
looking for?

Based on our findings, Mike Schultz is ...

Based on our findings, Mike Schultz is ...

What company does Mike Schultz work for?

What is Mike Schultz's role at Microsoft?

What is Mike Schultz's Phone Number?

What industry does Mike Schultz work in?

Mike Schultz has been a software engineer since August 2014. He has experience working on the Windows Mixed Reality platform, developing VR features for Unity, and working on a distributed web service. He is also responsible for creating an end-to-end service integration test suite and helping to formalize an integration testing philosophy. Mike Schultz also writes parallel data processing applications in Apache Spark and Scala and set up and managed a Spark cluster used for a production service. He has also writtentechnical documentation for ABB FT-IR spectrometers and written an XML parser in C for telemetric data.

From 2008-2014, Mike Schultz was a student at the University of Maryland College Park. He earned a Bachelor of Science (B.S.) in Electrical and Electronics Engineering from the university in 2014. During his time at Maryland, Mike was a member of the engineering team that won the 2011-2012 George Washington University Alumni Association Engineering Recognition Award for excellence in engineering education.Mike Schultz has extensive experience working in the electrical and electronic engineering industry, having worked in projects ranging from small development to large system work. Mike is also relatively inexperienced inainaand half-way through his current job, but quickly hasmeyerved himself familiar with the company and its processes.

Mike Schultz is highly experienced in software engineering, technical writing, and interpersonal skills. He has worked experience in a number of capacities and industries, including software engineering for Microsoft, software development engineer at Amazon, and electrical engineer intern at CSC. Additionally, he has a background inIT software development,Scrum, and communication.Mike Schultz has a strong understanding of the software development process and the need for accurate and detailed documentation. He is also highly skilled at working with other teams and crafting clear and achievable plans. He has a great eye for detail and is able to communicate effectively with others.Mike Schultz is very friendly and easy to work with. He is proactive and willing to learn and grow as a person. He always takes the time to listen and understand what others are saying. He is a team player and takes ownership of his work. Mike Schultz brings a wealth of experience and understanding to the role of software engineer. His skills in software engineering, communication, and problem solving make him highly sought-after by companies. He is a great asset to any team and is a valuable member of the workplace.

There's 87% chance that Mike Schultz is seeking for new opportunities

Partner at Fintask | Recruiter of Finance & Accounting Professionals at Fintask

President/CEO at Adient at Adient