Member of The Association of Transformational Leaders™ (ATL™) 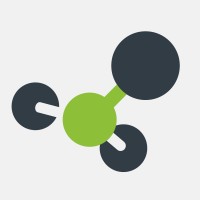 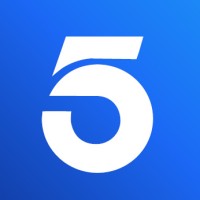 Not the Michele Ruiz you were
looking for?

Based on our findings, Michele Ruiz is ...

Based on our findings, Michele Ruiz is ...

What company does Michele Ruiz work for?

What is Michele Ruiz's role at Ruiz Strategies?

What is Michele Ruiz's Phone Number?

What industry does Michele Ruiz work in?

Michele Ruiz is a recent graduate of Dartmouth College with a B.S. in American Studies. Ruiz then studied at Institute for Crisis Management, where she received her M.A. In Crisis Management in 2010. Ruiz then studied at Cal State Fullerton, where she earned a J.D. in 2012.Ruiz's education provides her with the skills and knowledge needed to work with crisis teams and provide safe, appropriate, and nutritious food to the public. Her education has also equipped her with the skills to manage conflict and provide assistance to individuals and organizations in a complex environment. Ruiz has experience working with a variety of organizations and teams, and has worked extensively in the field of food safety.

Michele Ruiz's professional experience includes being a CEO at BiasSync and CEO at Ruiz Strategies. Ruiz Strategies is a company she founded in 2014. Prior to that, she was the President and CEO at MicheleRuiz.com where she is known for her work in Entrepreneur, Author and Speaker. Ruiz has also been a member of The Association of Transformational Leaders (ATL) for two years, and is currently a member at ATL’s Executive Advisory Board which oversees the focuses of the board. Ruiz has also been a member of AJC California Latino Jewish Leadership Council for close to a year. She has also been an Executive Director of The Jewish Women’s Coalition on Media and an Advisor to the Pan-American Jewish Princess women’s leadership group. Ruiz has authored two books. The first, which she co-authored with her husband, has been translated into six languages and is available as an e-book and a paperback. The second book, which she is currently being published as a hardcover and e-book.

There's 74% chance that Michele Ruiz is seeking for new opportunities

Board Member at Colovore at Digital Realty