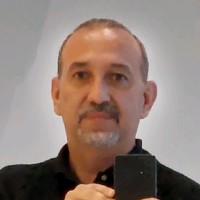 Achieving the goal of my clients with quality services.

Marketing Partner to a Realtor

Not the Michael R you were
looking for?

Based on our findings, Michael R is ...

Based on our findings, Michael R is ...

What company does Michael R work for?

What is Michael R's role at Insignia International Properties?

What is Michael R's Phone Number?

What industry does Michael R work in?

I am aProperty Consultant at Insignia International Properties. After more than 10 years of experience as a real estate agent, lister, and seller representative, I am now a Property Consultant at Keller Williams Realty Elite Realty. I have worked at ERA home sales since June 2003, working as a Sales Associate, and at Dean Witter Renolds from January 1988 to January 1989, as a Program Trading Trader. I have also worked as a Marketing & Sale Consultant at Independant from August 2012 to December 2012, and as a Marketing Partner to a Realtor at Plum Pads, LLC from October 2011 to August 2012. I have also been a Sales Associate at Florida Home Sales and Investments from May 2008 to October 2011.In my 10 years as a real estate agent, I have achieved the goal of my clients with quality services. I am confident that my skills and experience will help you reach your goals with ease and success.

Michael Rasch is an experienced real estate consultant and salesman who has served in various roles at various properties and companies. He has been with Keller Williams Realty Elite Realty from November 2012 to April 2015, ERA home sales from June 2003 to May 2008, and Dean Witter Renolds from January 1988 to January 1989. Additionally, he was a registered representative with theave from January 1988 to January 1989. Michael Rasch completed his undergraduate studies at the University of Miami in Coral Gables, Florida, where he earned a degree in Political Science in 2013.

There's 94% chance that Michael R is seeking for new opportunities

I buy houses all over Texas, Tennessee and South Florida! If you have a home for sell contact me! at myEcon ~ Financial Success Company

CEO and Founder at Intry