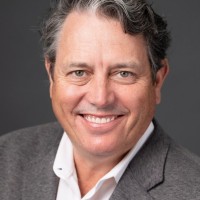 Based on our findings, Marc Zimmermann is ...

Based on our findings, Marc Zimmermann is ...

What company does Marc Zimmermann work for?

What is Marc Zimmermann's role at Royalty Clearinghouse?

What is Marc Zimmermann's Phone Number?

What industry does Marc Zimmermann work in?

President and Chief Operating Officer @ Royalty Clearinghouse Founded in 1999, Royalty Clearinghouse is one of the leading oil and gas acquisition companies in the United States. At times in our history, the company has been the largest owner of mineral and royalty interests in the state of Texas.  Our mission is to provide exceptional service to owners divesting their oil and gas mineral rights, royalties and working interests. We build relationships and honor client’s choices through the sales process.  * Re-defined the company’s vision, mission and core values upon arrival and annually develop strategic direction in alignment with company resources and human capital.* Oversee all aspects of operations include acquisitions, engineering, title and due diligence, asset management, accounting and all back-office support. * Manage and negotiate financing relationship with Texas Capital Bank with credit capacity up to $50 million. * Lead our customer-centric service experience resulting in over 700 deals reviewed and engineered and as many as 300 deals closed per year.* Reliant predominantly on direct mail in 2013, developed and built our 3rd party partnership channel and expanded our online and social presence to increase deal flow and less reliance on one channel.* Successfully divested over $100 million in assets over tenure Austin, TexasCOO & CFO @ Achieve Financial Services Founded in July 2009, Achieve Financial Services, a financial technology company, provides prepaid debit cards that serve as an affordable banking solution to underbanked consumers. * Successfully led and closed a $12.5 million and $5 million follow-on private equity offering.* Set annual strategic direction in alignment with company resources and human capital. * Oversaw all back-office operations including finance, accounting, cardholder service, banking compliance, and technology.* Developed and implemented annual forecasting process by estimating customer lifetimes, and projecting revenue and expenses.* Established compliance department and hired key individuals to ensure regulatory requirements were met. * Developed monthly financial reporting process and board reporting/metrics. From July 2011 to July 2013 (2 years 1 month) Austin, TexasSVP, Chief Financial Officer @ American Physicians Service Group (APSG) APS was a publicly traded company (NASDAQ: AMPH), which through its subsidiary, American Physicians Insurance (API), provides medical professional liability insurance to physicians and other healthcare providers in Texas, Arkansas, Oklahoma and Colorado. • In November 2010 successfully completed the acquisition of APS (NASDAQ: AMPH) by ProAssurance (NYSE:PRA) for $250 million. • In June 2007, led a $40 million public offering. • In 2006 and 2007, orchestrated the conversion of API into a stock insurance company aand merger with APS including oversight of the S-4 filing and all regulatory inquiries.* In 2007, directed and achieved API's first ever AM Best Rating of A- (Excellent).* Increased equity coverage from no prior institutional coverage to 6 sell-side analysts.* Named Public Company CFO of the Year by the Austin Business Journal in 2011. From August 2003 to June 2011 (7 years 11 months) Austin, TexasDirector of Business Development @ Jefferson Wells * In just five short years from its founding in 1997, strategic member of team that grew the organization to become one of the fastest growing companies in America. In 2001, named the 5th fastest growing privately-held company in the US by Inc. Magazine.* In 2002 and early 2003, led the turn-around effort in the Los Angeles market achieving the highest bi-weekly revenue, total average bill rate, gross margin % and most consistent revenue stream since inception of this market in January 2000.* Grew the Houston office from inception to over 120 consultants and 19 million in revenue in less than three years. Top performer for the Houston office by consistently achieving quota, leading the office in new clients, and achieving the “Spectrum Award” for selling across all practice lines. From August 1998 to March 2003 (4 years 8 months) Houston & CaliforniaDirector of Business Development @ American Physicians Insurance * Managed a sales force of over 20 inside and outside agents and brokers. Marketed insurance products to large physician practice groups, and individual physicians and determined product pricing. From February 1997 to July 1998 (1 year 6 months) Senior Auditor & Director of Recruiting @ Arthur Andersen * Started career in public accounting providing audit services to clients with exposure to many types of businesses/industries.* Entrusted with leading the recruiting efforts for the audit practice where the importance of identifying talent, interviewing employees and developing career paths started at a young age.* Responsible for hiring over 100 candidates per year. From January 1992 to January 1997 (5 years 1 month)

Ranked #953 out of 19,061 for President and Chief Operating Officer in Texas

There's 86% chance that Marc Zimmermann is seeking for new opportunities

Principal, Sales and Use Tax at Ryan at Ryan

Broker/Owner Spyglass Realty and Investments at Austin Board of REALTORS®