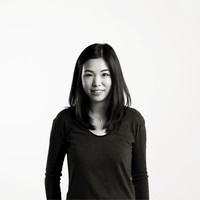 There's 97% chance that Kym Lee is seeking for new opportunities

Not the Kym Lee you were
looking for?

Based on our findings, Kym Lee is ...

Based on our findings, Kym Lee is ...

What company does Kym Lee work for?

What is Kym Lee's role at Sequoia Capital?

What is Kym Lee's Phone Number?

What industry does Kym Lee work in?

CEO / cofounder at Lyst at Lyst

Co-founder and CTO, Confluent at Confluent

Founder at Q&A at Q&A

Delivering value to our users - Be every recruiter's best friend! at HIRETUAL

Software Engineer at Unisys at Unisys

Corporate Account Manager EMEA at CloudHealth by VMware at Softwire

. at Massachusetts Institute of Technology (MIT)

Software Engineer at ITG at ITG