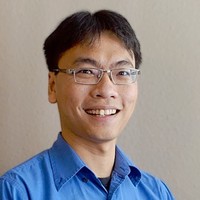 Not the Kelvin Chenhao Lim you were
looking for?

Based on our findings, Kelvin Chenhao Lim is ...

Based on our findings, Kelvin Chenhao Lim is ...

What company does Kelvin Chenhao Lim work for?

What is Kelvin Chenhao Lim's role at Google?

What industry does Kelvin Chenhao Lim work in?

As a software engineer with more than 10 years of experience, Kelvin Chenhao Lim has a vast understanding of the software development process. He is also an experienced problem solver and has strong interpersonal skills.Kelvin Chenhao Lim has abundant experience in developing web applications. He has a good knack for designing robust and efficient architectures, and he is constantly exploring new ways to improve the quality and efficiency of software development. His experience in developing persistent data stores and integrating legacy applications means that he is highly capable of cradle-to-grave software engineering.Kelvin Chenhao Lim is also extremely knowledgeable in the hardware and networking area. He has a deep understanding of both the theoretical and practical limitations of technology, and he is well-equipped to GENERAL provide realistic and effective guidance for technology development.Overall, Kelvin Chenhao Lim is a highly skilled software engineer and an excellent problem solver. He is especially adept at working with projects that are highly technical and require great expertise in many different areas. Chenhao Lim is an excellent teammate and is always willing to lend a helpful hand.

Software Engineer at Google at Wildlife Center Of Silicon Valley

Campus Recruiter at Verizon at Futurestep, A Korn Ferry Company

Invite Gelena to connect at Ridecell

Defense, Homeland Security and Health IT Executive at Leidos