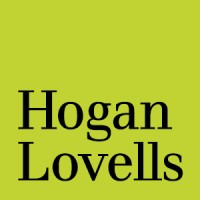 Not the Julie Brill you were
looking for?

Based on our findings, Julie Brill is ...

Based on our findings, Julie Brill is ...

What company does Julie Brill work for?

What is Julie Brill's role at Microsoft?

What is Julie Brill's Phone Number?

What industry does Julie Brill work in?

Julie Brill holds a B.S. in computer science from Princeton University and an M.A. inlaw from New York University School of Law. Julie Brill clerked for Supreme Court Justice Byron White and Judge George R. Watson and was an appellate lawyer at Hogan Lovells from January 2006 toApril 2016. Julie Brill was an Assistant Attorney General for the State of Vermont from 2006-2016. Brill was a Lecturer-in-Law at Columbia University’s School of Law from 2016-present. Julie Brill is currently a Deputy General Counsel at Microsoft in Redmond, Washington, United States. Julie Brill has worked as a Corporate Vice President and Deputy General Counsel at Microsoft from August 2017 to June 2019 (1 year 11 months) in Redmond, WA.

Julie Brill's education has included studying law and academic writing. Julie Brill has been a professional writer since she first started freelancing in 2006. Brill has been published in a variety of magazines and has worked as a law clerk.

Brill has a degree in law from Princeton University and a masters in law from New York University School of Law. Brill has worked as a law clerk for Justice Franklin S. Billings, Jr. on the United States District Court for the District of Columbia. Julie Brill is currently a legal intern at Hogan Lovells LLP.

Ranked #190 out of 3,793 for Corporate Vice President for Global Privacy and Regulatory Affairs, and Chief Privacy Officer in Washington

There's 96% chance that Julie Brill is seeking for new opportunities

Country Manager at DrSmile Sweden (We are hiring!) at DR SMILE

Founder of Love Kombucha, now part of Soulfresh at Soulfresh

Co-Founder at Cybrary - Chairman/CEO/Founder at TrainACE - Board of Advisors, Dingman Center for Entrepreneurship at Cybrary