Music of the Unsung America 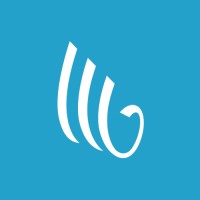 Not the Joseph Jones you were
looking for?

Based on our findings, Joseph Jones is ...

Based on our findings, Joseph Jones is ...

What company does Joseph Jones work for?

What is Joseph Jones's role at Maestro Coaching?

What is Joseph Jones's Phone Number?

What industry does Joseph Jones work in?

Joseph is currently a Life Coach at Maestro Coaching. As an Artistic Director and President at Empire State Sinfonia from December 2010 to May 2013, Joseph directed and created music for their shows and concerts. Additionally, he was an assistant conductor with Gulf Coast Symphony Orchestra from November 2013 to June 2014, and as an apprentice conductor with New York Youth Symphony from October 2011 to June 2012. From May 2011 to June 2011, Joseph was Assistant Conductor with the Allentown Symphony Orchestra. In September 2010, he guest conductor at Color of Music Festival. In January 2005, he was Conductor and Composer atconductor and composer at Music of the Unsung America. From April 2021 to April 2021,Joseph was Guest Composer at Wichita Symphony Orchestra. He is Composer at Joseph Jones, Composer. Joseph has also composed music for various theater productions, such as "The Royal Ballet".

education:Joseph Jones attended Appalachian State University where he earned his undergraduate BFA in music education in 2006.after a year of study, he earned his masters degree in music education from the same institution in 2009.Jones continued his education at The University of Michigan, earning his MA in music in 2013. professionally:Joseph Jones has worked as a composer and music teacher since 2006. He is currently a Life Coach at Maestro Coaching. Jones was also a Composer at Climate Control Music. Artistic Director and President at Empire State Sinfonia from December 2010 to May 2013. In November 2013, he was Assistant Conductor at Gulf Coast Symphony Orchestra. In June 2014, he was Assistant Conductor at New York Youth Symphony. In October 2011, he was Assistant Conductor at National Music Festival. In May 2011, he was Coconducting Fellow at Allentown Symphony Orchestra. From September 2010 to May 2011, he was Conducting Fellow at Aspen Music Festival. From January 2005 to January 2005, he was a guest conductor at Color of Music Festival. In March 2019, he was guest conductor at Color of Music Festival. From April 2021 to April 2021, he was a Conductor and Composer at Music of the Unsung America. From November 2019 to December 2019, he was a Composer at Joseph Jones, Composer.

There's 90% chance that Joseph Jones is seeking for new opportunities

Tech Recruiting at Databricks at Infoblox

If I have viewed your profile then I might have a role for you ! Hiring Data Scientist | Analytics | Machine Learning