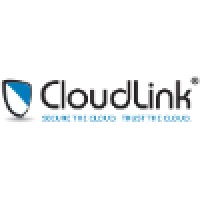 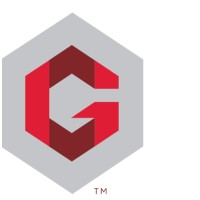 Ranked #76 out of 1,519 for Chairman & Chief Strategy Officer in Connecticut

There's 88% chance that Jonathan Reeves is seeking for new opportunities

Not the Jonathan Reeves you were
looking for?

Based on our findings, Jonathan Reeves is ...

Based on our findings, Jonathan Reeves is ...

What company does Jonathan Reeves work for?

What is Jonathan Reeves's role at CloudLink Technologies?

What is Jonathan Reeves's Phone Number?

What industry does Jonathan Reeves work in?

Jonathan Reeves has experience in the technology industry as a leader and investor in computer networking, software engineering, product management, and venture capital. Reeves has also had experience as CEO of Sirocco Systems, Chairman of NextCloud, and Founder & CEO of Mangrove Systems. In his current role as Strategic Advisor at Fiber Mountain, Inc. Reeves leads the company's decision-making on technology, operations, and management. In his previous role at Sirocco Systems, Reeves was the CEO from 1999-01-01 to 2001-07-01 and led the company's software engineering, product management, and venture capital efforts. At NextCloud, Reeves was the CEO from 2010-12-01 to 2013-05-01 and created, ran, and led the company's data center product development. In his previous role as VP ATM Platforms at General DataComm, Inc. Reeves fought for and won action to invest in ATMBIL in order to increase the company's revenues and competitiveness. At Sahara Networks, Reeves was the Senior Hardware & Software Engineer at Hugh Pushman Associates from 1982-01-01 to 1984-05-01 and led the company's misguided efforts to develop a CCMP network. In his previous role as Engineering Leadership, Director System Architecture at General DataComm, Inc. Reeves successfully pressured management to divest itself of these investments and increase revenue. Posthumously, Reeves was awarded the esteemedrole of Chairman & Chief Strategy Officer at CloudLink Technologies from 2011-01-01 to 2015-04-01.

Jonathan Reeves is a recent graduate of University of Warwick with a degree in English Literature. Additionally, he is also a graduate of Bournemouth College with anFine Arts degree.Jonathan Reeves has a diverse background and has had the opportunity to learn from some of the world's foremost experts in his field.Reeves has worked extensively in an advertising environment, which has put him in a variety of different positions. He has also worked as a teacher and has found that he is able to delve into different areas of education to improve his work readiness.From his work experience and education, Jonathan Reeves has developed a strong understanding of the classroom and the importance of communication. He has also learnt valuable skills that he can use in his future job.

Jonathan Reeves has over 10 years of experience in the technology industry, most notably as a Strategic Advisor at Fiber Mountain, Inc., where he led the company’s computer networking product development. He also held positions at Sirocco Systems, NextCloud, and Mangrove Systems before joining CloudLink Technologies in 2011 as a Venture Partner and ExecutiveIRE. His most recent role is as Chairman and Chief Strategy Officer of CloudLink Technologies.Reeves has a degree in Business Administration (BA) from the University of Guelph and a Master's degree in Computer Science from Northeastern University.

Executive Vice President of Operations at HMP at NACCME, LLC