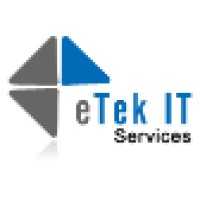 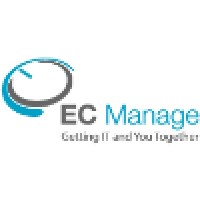 Not the John Kenny you were
looking for?

Based on our findings, John Kenny is ...

Based on our findings, John Kenny is ...

What company does John Kenny work for?

What is John Kenny's role at eTek IT Services, Inc.?

What is John Kenny's Phone Number?

What industry does John Kenny work in?

John Kenny has a Master's degree in Robotics and Computer Science from Orebro University in Sweden. Kenny has also completed a Applied Mathematics and Statistics coursework at South Wales University in Wales, UK in September 2022. He has a good employability record with his previous experience in the software industry.

John Kenny's professional, technical, and interpersonal skills are extensive and would be perfect for a role in salesforce staffing or recruiting. Kenny is currently a Manager at eTek IT Services, Inc. and has worked in a number of different positions within the IT industry. Kenny is experienced in dissolved and independent consultant roles, and is confident in his ability to work independently and stay up to date with the latest industry changes.

There's 94% chance that John Kenny is seeking for new opportunities

Entrepreneur, Author and Director of Football at Brentford Football Club

Head of HR & Recruitment at PlayStack at Playstack

I help you launch and grow your projects faster, better and cheaper: get in touch! Investor ⭐️ Founder of (em)powered_by ⚡️Light Me Up ⚡️ Beam Me Up ⭐️ Happy father of 4 lovely girls. at (em)powered_by

Engagement Manager at Fortune Hill at The Kym Upton Foundation