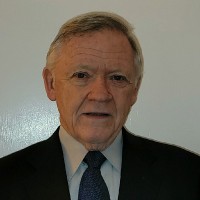 Not the John Mullen you were
looking for?

Based on our findings, John Mullen is ...

Based on our findings, John Mullen is ...

What company does John Mullen work for?

What is John Mullen's role at Cinergic Energy LLC?

What is John Mullen's Phone Number?

What industry does John Mullen work in?

John Mullen’s education and experience are in the field of Computer & Network Security. Mr. Mullen has been with Promia since January 1981, where he has been the President, Executive Director and Chief Operating Officer. He also served as the President & CEO of Phaser Systems from January 1981 to January 1991. Additionally, Mr. Mullen holds a degree in Systems Programming from Chevron (acquired by Novell) and a degree in Business Administration from James River.

John Mullen is currently a President & CEO at Promia. John Mullen was previously the Managing Director at Cinergic Energy LLC where he was responsible for the management of the company’s business and the development and implementation of company strategies. At Promia, John Mullen is responsible for the direction and development of the company’s core products and services as well as all aspects of overall sales, marketing, and customer relations.John Mullen has over 25 years of experience in the computer and network security industry, including 10 years as a systems programmer. John Mullen is also experienced in the software engineering field, having majorities in both the Java and C++ programming languages. In his previous roles at Promia and Phaser Systems, John Mullen was responsible for all aspects of development,from writing code to monitoring and maintaining systems.

There's 79% chance that John Mullen is seeking for new opportunities

Veteran Delivery Manager & Lead IT Recruiter at DISYS at DISYS

Founder & Editor in Chief at Collective Hub at The Messenger Group

Vice President of National Sales at The Advance Group