Entrepreneur passionate about using innovation to help our environment 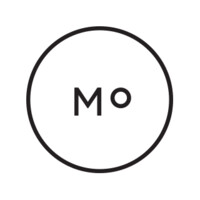 There's 76% chance that Jaya Rao is seeking for new opportunities

Not the Jaya Rao you were
looking for?

Based on our findings, Jaya Rao is ...

Based on our findings, Jaya Rao is ...

What company does Jaya Rao work for?

What is Jaya Rao's role at Molekule?

What is Jaya Rao's Phone Number?

What industry does Jaya Rao work in?

Jaya Rao works in the Mechanical Or Industrial Engineering industry.

Jaya Rao has over 10 years of experience in the public and private sector and is currently a Chief Executive Officer & Co-Founder of MolekuleJaya Rao is currently aPublic Sector Innovationat Stanford ChangeLabs from June 2012 to February 2014 (1 year 9 months). Consulted with public and private sector clients on developing and applying new methodologies (design thinking & large scale system transformation) to solve entrenched global problems. Developed new methodologies for scaled system transformation, engaging stakeholders across the public and private sectors.Chief Executive Officer & Co-Founder at Molekule in San Francisco Bay Area. Molekule is a San Francisco-based science and clean air company that has developed a fundamentally new approach to cleaning air. As opposed to current air purifiers that attempt to filter the air, Molekule is a new generation of air purification that uses nanotechnology to break down and destroy pollutants at a molecular level.co-Founded the company to help solve critical indoor air quality gap for healthcare, life science, defense, aerospace, and industrial sectors in addition to residential and commercial applications.

Co-Founder of OLIO - The food sharing app at OLIO

Co-Founder at Co–Star at VFILES

Helping Product teams grow and innovate to meet the needs of their consumers. at Catalina Marketing