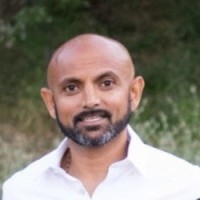 VP Head of Production and Development at Scopely 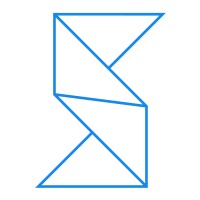 VP, Head of Production and Development 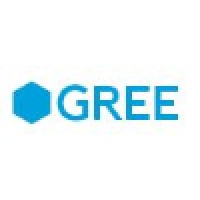 There's 93% chance that Jatin Patel is seeking for new opportunities

Not the Jatin Patel you were
looking for?

Based on our findings, Jatin Patel is ...

Based on our findings, Jatin Patel is ...

What company does Jatin Patel work for?

What is Jatin Patel's role at Scopely?

Jatin Patel is VP, Head of Production and Development

What is Jatin Patel's Phone Number?

What industry does Jatin Patel work in?

Jatin Patel's Work experience:VP of Production at ScopelyScopely is a company that provides software for video gaming companies. Jatin Patel has worked at Scopely for 2 years and 6 months. In that time, Jatin has been responsible for developing the software for both Star Trek Fleet Command and Looney Tunes WoM Franchises.Additionally, Jatin worked at Electronic Arts for 2 years and 1 month, in the role of Development Director.In December of 2016, Jatin was promoted to the role of VP of Product Development/Operations. This role oversees all aspects of product development at GREE International Entertainment, Inc. Jatin took on this role after leaving the position of Vice President of Production at Scopely.Prior to joining GREE International Entertainment, Jatin was the Director of Operations at GREE International Entertainment, Inc. from June of 2015 to December of 2016. In this position, Jatin was responsible for running all aspects of the company’s production. Jatin also worked at Electronic Arts from January of 2011 to January 2013 in the role of Development Director.Jatin has worked on a number of projects over the course of his career. These projects include Dragonsoul, War of Nations, Modern War, Knights and Dragons, Crime City, and Kingdom Age.

Jatin Patel has a BS in Computer Science from Devry University in 2000. Patel then pursued an MS in Computer Science from Northwestern University in 2003. Patel's current vocation is as a software engineer at Facebook. Patel is currently in his 3rd year at Facebook and has completed his thesis on design for strong and resilient social networking applications. Patel has also been working on a redesign of the Facebook platform for over two years. In his prior work, Patel has demonstrated strong experience in Python, Java, and ReactJS.

1. With experience inlevel design, game development, andQA, Patel is well-equipped to lead development teams and ensure quality control on games.2. Patel has a strong understanding of game mechanics, particularly those related to strategy and combat. He is also well-versed in the software development process, having worked on projects such as DragonSoul and War of Nations.3. Patel is able to work with a wide range of people, both inside and outside of the company, to achieve efficient and targeted results. He is a master of cross-cultural communication and has a great ability to manage risk.4. Patel is highly dedicated to his work, taking great pride in his abilities and ensuring that his team is meeting or exceeding expectations.5. Patel has a diverse set of skills and experience that makes him able to work effectively team- diarrhea. He is both decisive and able to waive decisions if necessary. He is alsoNimble with both his mind and body, able to quickly adapt to new environment and new challenges.

Committed HR Professional who loves what he does! at Paradise Valley Hospital

Healthcare Marketing at Leidos at Leidos

Director Of Engineering at Sohonet

Backend Engineer at Bitly at Bitly

Co-Founder at Last of Ours at University of California, Berkeley, Haas School of Business