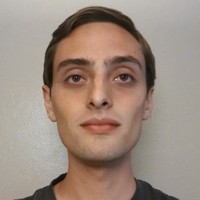 Not the Jared Mavis you were
looking for?

Based on our findings, Jared Mavis is ...

Based on our findings, Jared Mavis is ...

What company does Jared Mavis work for?

What is Jared Mavis's role at Vital Connect, Inc.?

What is Jared Mavis's Phone Number?

What industry does Jared Mavis work in?

Jared Mavis has a degree in Science from the University of Las Vegas. In 2006 he started working as a Research Analyst at several technology companies. He then worked as a Research Engineer at Vital Connect, Inc. from January 2013 to April 2013. There he was responsible for modifying and expanding an existing Android app for UCSC Social Sciences. From April 2013 to November 2015, Jared Mavis worked as a Mobile Developer working using Cordova for a web app on iOS and Android. During this time, he contributed to and maintain the backend Django framework and web portal, as well as manages simultaneous releases to Android and iOS. In addition, Jared Mavis was responsible for developing location matching algorithms using Android and iOS location APIs, as well as coding standards, project management tools and automation tools.

Jared Mavis is a graduate of Computer Science from the University of California, Santa Cruz. He has experience in game design and has focused his study on creating games for mobile platforms. prior to his studies at UC Santa Cruz, Jared Mavis attended Las Positas College, where he obtained his undergraduate degree in 2009. He then proceeded to study at the University of California, Santa Cruz, where he obtained his Master of Science in Computer Science in 2013.

Technical Skills:Jared Mavis has a strong interest in mobile technology, having worked on developing a Java Android library for connecting with medical Bluetooth devices. He is also a proficient in math, having tutored for various math classes. In his previous positions, Jared has been involved in leading and maintaining backend Django framework and web portal, as well as handling native Objective-C and Java programming in addition to JavaScript web app. He has also been expert in iOS and Android programming, working closely with the UI developer to implement and prototype new features rapidly. interpersonal skills:Jared Mavis has excellent interpersonal skills, being able to work well with other team members. He also has experience with coding standards, project management tools, and automation tools. With that experience, he is able to quickly develop and implement new features in his projects.

There's 85% chance that Jared Mavis is seeking for new opportunities

Software Engineer at PricewaterhouseCoopers at PwC

Author, speaker and internationally recognized leader in the development of creativity, innovation and human resources at University of Warwick

Senior Business Analyst and end-user trainer with Salesforce plus many more technologies. at The Capital Group (short term contract)

IT Compliance Manager at NetSuite