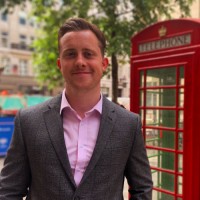 Not the James Roache you were
looking for?

Based on our findings, James Roache is ...

Based on our findings, James Roache is ...

What company does James Roache work for?

What is James Roache's Phone Number?

What industry does James Roache work in?

Although James Roache has worked in various fields of work, his experience as a Senior Vice President at Glocomms, as a Principal Consultant at Glocomms from January 2018 to January 2019, and as a Principal Consultant at LVI Associates from January 2016 to December 2017 have given him afortable working berth. Having worked with both software and hardware companies, Roache has a good understanding of the businesses involved in the oil and energy industry. While at Glocomms, he was responsible for the overall management of the company's Cloud services, Infrastructure and Engineering Experts in Europe division. Glocomms is a leading player in the Cloud industry, and Roache was instrumental in ensuring that this division grew alongside the company. At LVI Associates, Roache was responsible for the recruitment of engineering experts and also acted as a consultancy toClient employers in the oil and gas industry. Consequently, his experience in the field of recruitment is of great importance to any company looking to employ specialist engineers.

Born in Essex, England, James Roache has worked in a number of interesting companies and industries. His most recent post is as a Senior Vice President at Glocomms, where he is responsible for Cloud, Infrastructure & Engineering Experts in Europe. Before that, he was a Principal Consultant at Glocomms from January 2018 to January 2019, as well as a Principal Consultant at LVI Associates from January 2016 to December 2017. He also worked as a Recruitment Consultant at LVI Associates from March 2014 to December 2015.In his free time, Roache enjoys reading, travelling, and spending time with his family and dog. He is a qualified engineer and is always learning new skills.

There's 88% chance that James Roache is seeking for new opportunities

Cofounder and Director at HARTH at Wallpaper*

I help Taiwan companies to ✔ grow their brand internationally and to ✔ get more clients at Media Gate Group Co. Ltd.