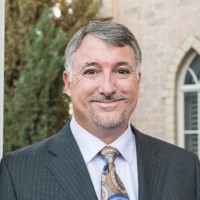 Not the Grant Trevithick you were
looking for?

Based on our findings, Grant Trevithick is ...

Based on our findings, Grant Trevithick is ...

What company does Grant Trevithick work for?

What is Grant Trevithick's role at Owner Finance Homes LLC?

What is Grant Trevithick's Phone Number?

What industry does Grant Trevithick work in?

Grant Trevithick has more than 10 years of experience in the technical field, having started his career as a data analyst working for PricewaterhouseCoopers LLP. After leaving PwC, Grant worked as a technical consultant for several years, primary focus being in the development of software for bank reconciliation and automated underwriting. Grant then returned to PwC as a technical consultant for a number of years, before joining Terrific Life Ministries in February, 1995 as a Director. From February, 1995 to August, 2006, Grant was a Principal Owner at Owner Finance Academy, a business that provides training and courses for housing developers and Homeowners. Grant also worked as a Director at AT&T from February, 1995 to August, 2006. Grant founded Meta Holdings LLC in May 2010, and served as its President from May, 2010 to May, 2012.

There's 95% chance that Grant Trevithick is seeking for new opportunities

Educating people while protecting the things they care about at HealthMarkets

Head of Communication at Sónar Festival at Advanced Music, S.L.

Head of Business Analysis and Corporate Affairs at STC Channels