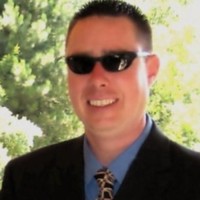 Ranked #289 out of 5,771 for Senior Network Engineer in North Carolina

There's 86% chance that Glenn Sefton is seeking for new opportunities

Not the Glenn Sefton you were
looking for?

Based on our findings, Glenn Sefton is ...

Based on our findings, Glenn Sefton is ...

What company does Glenn Sefton work for?

What is Glenn Sefton's role at Itron, Inc.?

What is Glenn Sefton's Phone Number?

What industry does Glenn Sefton work in?

Glenn Sefton has more than 5 years of experience working in the security field. At Itron, he has been responsible for the design and deployment of nationwide DSL concentrators (DSLAM) to provide residential and business class internet service. He has also worked in the development and testing of various networking technologies, most notably VoIP- MGCP, SIP, and Asterisk.Glenn Sefton has a background in cloud computing and Ascendant Networks' Aegis softswitch, which he used to help test various networking settings and configurations in a cloud-based environment. He has also experience working with AT&T's network products, such as the N9000, N7000, and N5000 series products.

Glenn Sefton has delivered service for a number of different customers in the network and sysadmin/admin roles. His experience as a network engineer andHOWTO author leaves him with a deep understanding of the networking ladder, from the basic networking concepts to more complex networking tasks. He is also an immensely gifted writer and has written several HOWTOs and articles on NETWORK SECURITY.Glenn Sefton has a Master's degree in Electrical Engineering from Indiana University and a BS in Electrical Engineering from Purdue University.

Ads Ranking at Snap (We are hiring! Both Los Angeles and Mountain View) at Snapchat, Inc.

Release and Infrastructure Manager at Equinix at Equinix

Network Solution Architect at Cisco AS Central Engineering at Cisco

Let me help you gain knowledge from your data! at Consultant