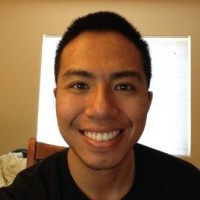 Not the George Lim you were
looking for?

Based on our findings, George Lim is ...

Based on our findings, George Lim is ...

What company does George Lim work for?

What is George Lim's role at CrowdTwist, Inc.?

What is George Lim's Phone Number?

What industry does George Lim work in?

Received his undergraduate degree in Computer Science from Yale University in 2007. After graduating, he worked at a software company where he designed and implemented software for data collection and analytics. He then returned to Yale to continue his undergraduate program, where he received his Master's degree in Computer Science in 2011. He then worked at BAE Systems for two years as a Software Engineer II. He then worked at CrowdTwist for two years as a Software Engineer.

George Lim is a high school graduate from Campolindo High School, in 2000. After high school, he attended University of California, San Diego, where he earned a Bachelor's Science in Computer Science Engineering. After earning his degree, George moved to Canada in 2008 and began working as a software engineer.

Ranked #507 out of 10,146 for Engineering Lead, Senior Software Engineer in New York

There's 93% chance that George Lim is seeking for new opportunities

IOS Engineer at your company Contract/Fulltime at 8x8 Inc.

Chief People and Culture Officer at Vroom at Vroom

Invite Apostolos to connect at Sky

Semi-symmetric human. Pretty good with devops and agile and scalability and shaking my fist at clouds. at Top Hat

Revenue Accountant at Zynga at Zynga

Security Engineer at Amazon at Amazon