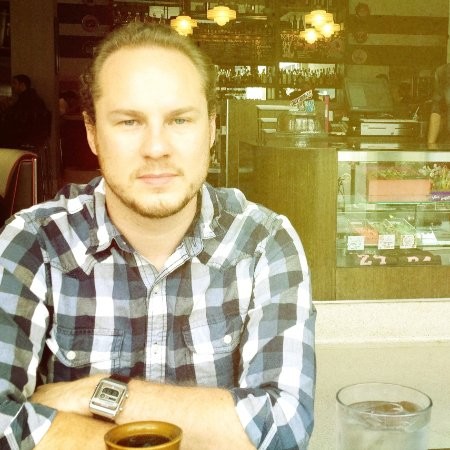 There's 91% chance that Eric Reinecke is seeking for new opportunities

Not the Eric Reinecke you were
looking for?

Based on our findings, Eric Reinecke is ...

Based on our findings, Eric Reinecke is ...

What company does Eric Reinecke work for?

What is Eric Reinecke's role at Netflix?

What is Eric Reinecke's Phone Number?

What industry does Eric Reinecke work in?

Eric Reinecke has 10 years of experience as aSenior Software Engineer, Video Engineering at Netflix. At Netflix, he was responsible for developing backend services supporting video processing and transcoding workflows. In his previous positions, Eric worked on a number of projects, some of which he mentioned in his profile, such asrush hour 3 and fracture. Eric's strengths lie in his experience with big data and data analysis, as well as his ability to design and implement big-scale solutions. When it comes to video processing, he has experience with ffmpeg and OpenGL, which he says are two of the most important technologies in the video processing space. In addition, he is experienced with Python and SQLAlchemy, which allow him to write high-level abstractions for media transcode and containerization.Eric's other experience includes working on projects that focus on motion picture content creators. On this project, he contributed in team environment to frameworks shared by apps on both iOS and OS X. This gave him the opportunity to use FFMPEG C APIs, OpenGL, and CoreAudio to build prototype video player running in iOS, OS X, and as an NPAPI plugin for Safari. He also built a solution for securely storing DRM protected media for offline viewing on iOS and worked through security auditing process. Eric is also experienced in software development, specifically with Python. He has written a Python library for inspecting and manipulating MPEG (ISO BMFF) binary structure, as well as a Python library providing a high-level abstraction for media transcode and containerization using FFmpeg. In his previous positions, he also worked closely with clients relations team to develop a desktop app for OS X providing sleek interface for uploading files, as well as maintaining and enhancing Mac OS X desktop application to provide strong user experiences.

Eric Reinecke's education provides him with the skills and knowledge necessary to be a successful creative professional. Reinecke's BA in Film and Video Production from the Brooks Institute of Photography has given him the experience and knowledge necessary to work on a wide variety of projects, both professional and personal.Eric Reinecke is also skilled in directing and editing. He has directed and edited videos for his own business and for other clients, including avids, music videos, commercials, and product launches. Additionally, he has directed short films and documentaries.Eric Reinecke has a passion for creativity and art. He has worked on a wide range of projects, both professional and personal, in order to express his own ideas and creativity. He believes that the most important thing is to have fun while working on his projects, and that is why he always tries to put his clients and himself first.

Reinecke's work experiences include senior software engineer, video engineering, post-production coordinator, pipeline technical director, and production coordinator. Reinecke has experience working in a number of different teams, helping to build solutions that solve problems for his team and others. He has experience working with software development tools and workflow categories, as well as Brick-and- Mortar Cinema production function. In his previous roles, Reinecke has worked with a variety of different platforms, including iOS, OS X, andrisulting in his experience and knowledge in this area. Reinecke is also experienced in post-production, having worked on projects such as Star Wars: The Clone Wars, Star Wars: Detours, Strange Magic. In his work experience, Reinecke has developed and tested tools that aid in the flow of data andproduction. He has great technical skills and is very responsive to feedback.

IT Auditor at PwC

Webdesigner at DotCommerce - Making IT attractive

Studies: International Business and Management at Hanzehogeschool Groningen at Belsimpel.nl

Hiring backend and infrastructure engineers and engineering managers in SF & London! at Yelp

I am looking role working in EAM. I enjoy learning and working with all of the new software that has evolved to improve at CSC - Computer Sciences Corporation

CEO at Onit at Onit, Inc.

Gain 20 years of experience in 20 seconds at Aquant.io