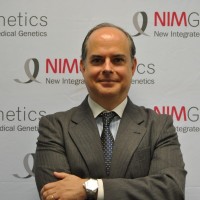 Ideologist, co-founder and CEO NIMGenetics. Innovator and team player in healthcare and research. I work with my team to improve healthcare through genomics. I am spartan from MSU at heart and we nev 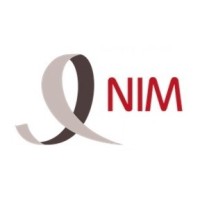 Not the Enrique Samper, Ph.D. you were
looking for?

What company does Enrique Samper, Ph.D. work for?

What is Enrique Samper, Ph.D.'s role at NIMGenetics?

What industry does Enrique Samper, Ph.D. work in?

Enrique is with the company for over 20 years, starting as an Ideologist and working as a CEO and product owner.He has a background in work in healthcare and research, having a focus on genomics. Enrique is also skilled in Bioinformatics, Biotechnology, Cell Culture, Life Sciences, and Genomics. Enrique has over 20 years' experience in start-ups, including as CEO of a start-up and as a board member in a previous company. He has a background in business development, and from 2013-2018 he was CEO of NIMGenetics.His team-orientation and interpersonal skills are exemplary. Enrique is able to work with his team to improve Health Care through genomics. He is straightforward and able to communicate with a wide range of people. Enrique is also spartan from his MSU background and is passionate about business and technology.He has a strong focus on innovation, and is highly driven to improve Healthcare through genomics. He is a strong leader and has a great ability to motivate his team. Enrique is also an entrepreneur, and is passionate about his work and his company.

Financial peace of mind is a right, not a privilege! Get educated, get going. Better results comes from better planning, better decisions, and better information...please connect! at Lions Financial

Passionate about Problem Solving? I have a role for you! at Rapyder Cloud Solutions