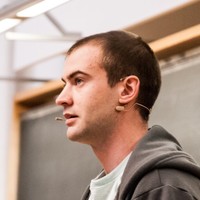 Not the Emil Hesslow you were
looking for?

Based on our findings, Emil Hesslow is ...

Based on our findings, Emil Hesslow is ...

What company does Emil Hesslow work for?

What is Emil Hesslow's Phone Number?

What industry does Emil Hesslow work in?

Emil Hesslow's education leaves quite a bit to the imagination. But for the sake of this article, we will just focus on his computer science degree from KTH Royal Institute of Technology.Hesslow's education has been enlightening in terms of his future work readiness. First and foremost, Hesslow has learned how to problem solve and have experience in Foundations of Algorithms and Data Structures which have been so important in his current role as a software engineer.Now that Hesslow has completed his computer science degree, he is ready to work in the software engineering field. Hesslow's experience and problem solving abilities will bring him success in this field.

There's 96% chance that Emil Hesslow is seeking for new opportunities

Founder at Wizely, Inc. at Accenture