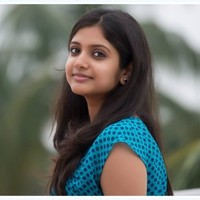 Not the Durga Rajaram you were
looking for?

Based on our findings, Durga Rajaram is ...

Based on our findings, Durga Rajaram is ...

What company does Durga Rajaram work for?

What is Durga Rajaram's Phone Number?

What industry does Durga Rajaram work in?

In 2016, Durga Rajaram started her own company, Notifications & Internet.org. Her company creates and delivers product to help Data Scientists and Management Teams to be more efficient and productive, driving Facebook growth. Durga Rajaram held her current role of Data Engineer at Facebook from November 2012 to December 2014 in Menlo Park, California. She managed teams to support SGG, Notifications & Internet.org with their data needs, building pipelines and data sets to help Data Scientists & PMs to be efficient and productive. Additionally, she also held a position as a Growth, Engagement, & Mobile Engineer at Facebook from December 2014 to January 2016.

Durga Rajaram has a masters in Computer Science from the University of Southern California and a Bachelor of Science in Computer Science from Anna University. Rajaram is a self-taught computer scientist with vast experience in developing and deploying systems. She has also authored several papers on various computer science topics. Rajaram has a strong interest in artificial intelligence and machine learning and has developed several useful Python code libraries for these applications. She is also familiar with OpenGL and DirectX 11, and has worked on a game development project using these tools.

There's 93% chance that Durga Rajaram is seeking for new opportunities

Senior Consultant at Endesa at Endesa

Degree in Advertising and Public Relations at Choko Club

Head of Transformation, CRM and Customer Experience - Customer & Marketing at AXA at AXA