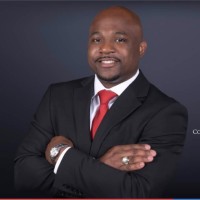 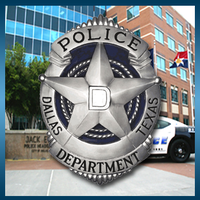 Not the Demetrick Pennie you were
looking for?

What company does Demetrick Pennie work for?

What is Demetrick Pennie's role at Earn-It USA Foundation?

What is Demetrick Pennie's Phone Number?

What industry does Demetrick Pennie work in?

Demetrick Pennie has worked as an Executive Protection Officer in the Police, Criminal Justice, and Investigative industries. Pennie also has experience as a Candidate for U.S. House Texas-CD30 at Tre Pennie For Congress. Pennie has also worked as an Staff Writer at Christian Times Magazine and as President at Dallas Fallen Officer Foundation. Pennie is currently a Founder at Earn-It USA Foundation.

Education:He has a B.S. in Criminal Justice from Southwest Texas State University.Work experience/ Professional experience:He started his career in law enforcement as a Sergeant with the Dallas Police Department. After that he was promoted to Police Captain and then Police Superintendent. Demetrick Pennie has also worked as a contractor for the Dallas Police Department and has worked on a number of different missions. He has also been a Staff Writer for Christian Times Magazine and has written about Police Affairs, Criminal Justice, and Police Training. familial experience:Demetrick Pennie has a Wife and two Sons.

There's 78% chance that Demetrick Pennie is seeking for new opportunities

Product Designer at McAfee at McAfee