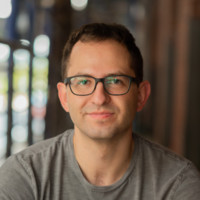 Not the Dawid Kostek you were
looking for?

Based on our findings, Dawid Kostek is ...

Based on our findings, Dawid Kostek is ...

What company does Dawid Kostek work for?

What is Dawid Kostek's role at Coinbase?

What is Dawid Kostek's Phone Number?

What industry does Dawid Kostek work in?

Dawid Kostek’s Highlights from his work experience include: ĎPartnering with big companies and software startups. Ď fossils past and current software engineering practices, and explaining why they work. Ď being able to solve complex problems, and engineering the most efficient and scalable software products. Ď being able to work under pressure, and capable of staying focused under high-stress situations. Ď being able to learn new technologies quickly and retain knowledge well.

Dawid Kostek has 8 years of experience in the software engineering field. He has worked with a variety of clients, most notably Coinbase, where he was a Software Engineer II from March 2016 to October 2017. He also had experience as a tutor for New York University, where he taught Computer Science from June 2011 to December 2011.In his work experience, Dawid Kostek has shown himself to be highly capable in all corners of the software engineering world. His work with Coinbase has shown him to be highly skilled in developing and maintaining software, as well as in teaching others the ins and outs of software development. He has also been known for his quick response time and ability to remain on top of complex projects.Overall, Dawid Kostek is a highly experienced and skilled software engineer, and his work with Coinbase and New York University have simply demonstrated his ability to carry out any task with great skill and a quick response.

There's 88% chance that Dawid Kostek is seeking for new opportunities

Managing Director at Accenture at The Boston Consulting Group

‎Experienced Sales and Marketing Director at oomm - out of mind management

Managing Director and Partner at The Carlyle Group

Theorist at heart; engineer at scale. at Perlin