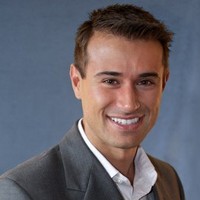 Not the Daniel Roman you were
looking for?

Based on our findings, Daniel Roman is ...

Based on our findings, Daniel Roman is ...

What company does Daniel Roman work for?

What is Daniel Roman's role at Google?

What is Daniel Roman's Phone Number?

What industry does Daniel Roman work in?

Daniel Roman's professional, technical, and interpersonal skills are very strong. He is very forth-going and always has a great attitude. He is very organized and has a good team mentality. Roman also has a lot of experience working with other teams. He is very detail-oriented and is always looking for ways to improve his work. He is also very prompt and always follows through with his commitments. He is also very comfortable working in a team environment. Roman also has a lot of skills in sales and marketing. He is very good at networking and can get new customers quickly. Roman is also very good at problem-solving.

There's 88% chance that Daniel Roman is seeking for new opportunities

Global Head of learning Operations at HSBC at HSBC

Software Engineer at Quora at Quora