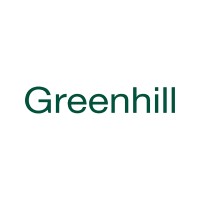 Not the Christiana Riley you were
looking for?

Based on our findings, Christiana Riley is ...

Based on our findings, Christiana Riley is ...

What company does Christiana Riley work for?

What is Christiana Riley's role at Deutsche Bank?

What is Christiana Riley's Phone Number?

What industry does Christiana Riley work in?

Since joining Deutsche Bank as a Managing Director in 2004, Christiana Riley has played an important role in developing the global strategy of the bank. PMBOK 7, Regulatory Compliance, Project Management, Business Intelligence, and Financial Modeling. She has also been responsible for leading the development of the company’s United States unit, which employs over 12,000 people and is a major commercial player in the New York area. From 2004 to 2006, she also served as a Consultant at McKinsey & Company, where she focused on consulting and managing the whistleblower program at Deutsche Bank. Christine Riley has a degree in Business Administration from Indiana University, a Romance Languages degree from the University of Notre Dame and a Master’s degree in Business Administration and Human Resources from Youngstown State University.

There's 74% chance that Christiana Riley is seeking for new opportunities

Director of Sales at Fiserv-CardConnect Division at CardConnect

Co-Founder, CRO - rethinking 75K sqft space to build a dynamic ecosystem for creators to focus, collaborate and flourish at Guvera