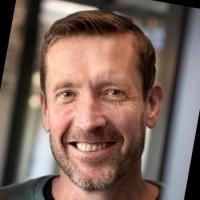 Not the Chris Yerbey you were
looking for?

Based on our findings, Chris Yerbey is ...

Based on our findings, Chris Yerbey is ...

What company does Chris Yerbey work for?

What is Chris Yerbey's role at Tradefox (Scrap Connection BV)?

What is Chris Yerbey's Phone Number?

What industry does Chris Yerbey work in?

Chris Yerbey's Work experience: Chris Yerbey is currently the CEO of Tradefox, a scrap professionals Avoiding risk. business. He has been CEO of a business of scrap professionals since 2011. Previously, he was the CEO of D. Y. INDUS, Inc., which he exited in December 2011. He also stints at Trucking Jobs, Inc., where he served as the CEO from 2001-2009, and Environmental Waste Consultants, Inc., where he served from October 1997 to December 2007. Additionally, he was the President at Wetlands Waterpark from April 1994- August 1995, and was later named the Vice President at the company.

Chris Yerbey has a degree in Business Administration from The University of Alabama. After studying there, he moved on to University of North Alabama, where he studied news and current events. He has now completed his education and is back in the business world, working as a correspondent for the Birmingham News. This experience has given him the skills and knowledge he needs to be a successful journalist.Chris Yerbey is also well-equipped for the business world, having been successful in launching his own business. His business practices have included starting and running his own company, as well as providing services such as marketing, advertising, and web development. In his free time, he enjoys spending time with his wife and two young sons.

Chris Yerbey has over 10 years of experience in the field of technology and business. He first started his working life in marketing, moving up the corporate ladder until reaching the position of Vice President at a successful tech small business. In his time of leadership, Tradefox grew from a small business to an industry-leading scrap recycling company, and D. Y. INDUS, Inc. became the leading provider of international truck shipping services for the recycling industry. CEOs at Wetlands Waterpark and Environmental Waste Consultants, Inc. were also key figures in shaping the company into its current form.

There's 76% chance that Chris Yerbey is seeking for new opportunities

I will help your company grow through Key Employee acquisition and unparalleled sales & operational training. | at Optimum RTS, LLC.

Senior Talent Acquisition Associate at RSM at RSM US LLP

Co-Founder & CEO at Hello Heart at All Raise

Tech Recruit IT Sr at Indra