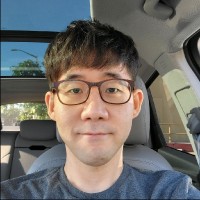 There's 94% chance that Beomjun Kim is seeking for new opportunities

Not the Beomjun Kim you were
looking for?

Based on our findings, Beomjun Kim is ...

Based on our findings, Beomjun Kim is ...

What company does Beomjun Kim work for?

What is Beomjun Kim's role at Adobe?

What is Beomjun Kim's Phone Number?

What industry does Beomjun Kim work in?

Beomjun Kim is a graduate of the Master of Science degree in Computer Science from the University of Southern California in 2014. She also holds a B.S. degree in Computer Science and Engineering from Chung-Ang University in 2005.Beomjun Kim has worked in the software engineering field for the past two years. In her previous job she worked on a project in the field of artificial intelligence. As a software engineer, she is familiar with developing programming code and designing projects. Overall, Beomjun Kim has a good development and design skills.

Beomjun Kim has garnered a notable reputation as an experienced software engineer. After working at Adobe, Verizon, and Speedy Packets, BeomjunKimNow resides in Waltham, Mass. where he worked on developing an Android library which provides a way to change the (default) behavior of the POSIX functions by modifying the Virtual Memory Area (VMA) in a process. Additionally, hedeveloped an HTTP proxy client which is invoked from the modified POSIX function in order to support the Internet services. Finally, hemaintained the requirements and design of the Internet services of the server and the client side, as well as developing/maintaining a Linux kernel module which enforces the amount of data that user equipment can transfer.Beomjun Kim's most recent position is as a Software Engineer at Speedy Packets. There, he worked as a Software Engineer Intern from October 2014 to January 2017. Additionally, he was a Korean Augmentation to the US Army from April 2006 to April 2008. Additionally, he produced the maps of the requested areas, as well as supported the System Administrator.Beomjun Kim has a degree from Virtual Reality Laboratory, Chung-Ang University.

Senior Software Developer and Integrator at USAA at USAA

Human Resources executive highly experienced in leadership of all HR disciplines for health care and manufacturing.

Network with me for non-clinical & clinical positions within the healthcare industry! at AP Staffing

VP Product Development, TV and Content at Optus at Optus

Developer at CrowdEmotion at Sky